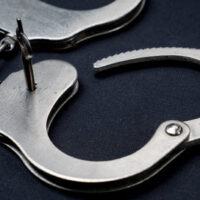 Two Baltimore police detectives were convicted of robbery, racketeering, and conspiracy Monday in a trial that’s part of an ongoing federal investigation into corruption among rogue members of the city’s beleaguered police force. Such cases of outrageous police misconduct are not as rare as some in the public may think. Many, many innocent lives have been ruined by dirty cops who lie, plant evidence, and tamper with witnesses. The Matassini Law Firm, P.A. has investigated such cases and will aggressively defend the accused in State and Federal court.

After the jury foreman read the verdict following two days of deliberations, Detectives Daniel Hersl and Marcus Taylor were shackled and led out of U.S. District Court in Baltimore. Some of Hersl’s relatives burst into tears, while one of his victims called out: “Justice.”

The two detectives were each convicted of racketeering conspiracy, racketeering and robbery under the federal Hobbs Act, which prohibits interference with interstate commerce. They face up to 20 years on each count, for a total of 60 years.

On Monday evening, acting U.S. Attorney Stephen Schenning said he was hopeful that the police corruption case “will begin a long difficult process of examining how” the Baltimore force polices its own. The trial was dominated by four ex-detectives who testified that the police department’s elite Gun Trace Task Force was actually made up of thugs with badges who stole cash, resold looted narcotics and lied under oath to cover their tracks. They detailed acts of astonishing police criminality, including armed home invasions, stretching back to 2008.

Acting Police Commissioner Darryl DeSousa said in a statement immediately after the verdict that the department will move to fire Hersl and Taylor, who have been suspended without pay since being indicted and arrested in March.

By The Matassini Law Firm | Posted on February 13, 2018
« US SWIMMING FAILS TO STOP PAST SEXUAL ASSAULT BY COACH
DYING DECLARATION FROM WOMEN BRUTALLY STABBED LEADS TO ARRESTS »