US SWIMMING FAILS TO STOP PAST SEXUAL ASSAULT BY COACH 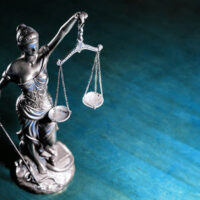 Another major US Olympic sports organization has been found to repeatedly fail to protect young athletes from sexual predators. A 2012 Olympic swimmer has accused her prominent former swim coach of sexually abusing her, a day after federal authorities searched the coach’s home for evidence he took sexually explicit photographs of her when she was underage.

Ariana Kukors, 28, said in a news release issued late Wednesday evening by her attorneys that her former coach Sean Hutchison, 46, began sexually assaulting her when she was 16. Kukors went public with her accusations the day after officers with Homeland Security searched Hutchison’s Seattle home, according to the Seattle Post-Intelligencer. Hutchison, who did not immediately reply to an email and a phone message late Wednesday, has not been charged with a crime.

Hutchison was an assistant coach on the 2008 U.S. Olympic swim team in Beijing, and head coach of 2009 U.S. team at the world championships. Kukors, a former world record-holder in the 200-meter individual medley, was among his top pupils, along with Olympic medalists Margaret Hoelzer and Katie Hoff.

In 2010, Hutchison resigned his post at a trainer center for several top American swimmers, after allegations arose he was engaged in an improper sexual relationship with one of his swimmers. Hutchison denied the allegations. USA Swimming, the Olympic national governing body for the sport, hired a private investigator to look into the allegations, and in 2011, the organization announced it had found no evidence of an improper relationship.

In a news release, Bob Allard, Kukors’s attorney and an outspoken critic of Olympic sports organizations’ handling of sex abuse prevention, accused USA Swimming of failing to act on suspicions of abuse.

“USA Swimming had notice in 2010 that Sean Hutchison was involved in an inappropriate coach-athlete relationship with Ariana and took no actions to protect her or other swimmers,” Allard said. USA Swimming was among several Olympic sports organizations to receive a letter recently from the House Committee on Energy and Commerce requesting information about sex abuse prevention.

Contact The Matassini Law Firm, P.A. for a free confidential consultation if you or a loved one has been a victim of a sex crime involving anyone in a special position of trust such as a coach, doctor, teacher, therapist, or counselor. We have successfully obtained financial compensation for victims of sexual abuse and provide free consultations for all victims.