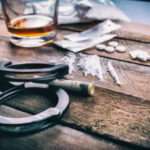 The Three Ps of Drug Possession

Public attitudes about marijuana are changing, mostly because of the opioid overdose crisis. Many people see marijuana as at least a semi-legitimate alternative to potentially deadly prescription pain pills. But law enforcement’s attitude is unchanged. In the past decades over half of the drug arrests in Florida are for marijuana, and close to 90… Read More » 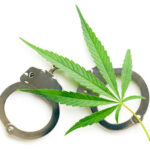 Many people now consider marijuana use to be a personal health issue as opposed to a criminal law issue. Sadly, marijuana possession cases can still be vigorously prosecuted in Florida despite many jurisdictions adopting more relaxed attitudes towards enforcement. Frequently, marijuana possession prosecutions begin with traffic stops. Police pull over a carful of people,… Read More » 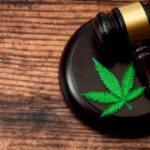 The political climate is changing with regard to marijuana. Medical marijuana is legal in Florida, and so is industrial hemp. The industrial hemp law, which took effect in July 2019, has a significant effect on marijuana criminal cases, as explained below. Despite these changing winds, Florida arguably has the harshest marijuana possession law in… Read More » 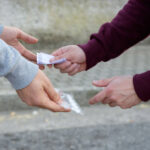 Most federal drug trafficking prosecutions are huge cases which involve multiple law enforcement agencies. Given the size of the investment, law enforcement sometimes cuts corners to make an arrest. These shortcuts often come during the search warrant phase. The Fourth Amendment lays out some general requirements for search warrants. But the Founding Fathers left… Read More » 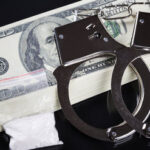 In the ongoing war on drugs, the number of arrests is about the only measuring rod of progress. So, there are lots of drug arrests every year. The FBI estimates that there were 1.5 million such arrests in 2016. Nearly all of them, about 85 percent, were for possession of a controlled substance. As… Read More » 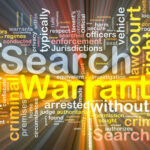 Warrantless searches are involved in almost all drug possession, weapons possession, and other such cases, unless the arrest was a culmination of a months-long investigation. The Fourth Amendment prohibits unreasonable warrantless searches. The concept of reasonableness and what it means to a given set of facts has been explored by the Courts for decades…. Read More »

Doctor -shopping occurs when you obtain a prescription for drugs from one doctor, then visit another but fail to inform the new doctor that you have already received treatment from another healthcare provider. In Florida, doctor-shopping is a serious offense and, without professional defense counsel, you can lose your freedom. According to Florida Statute… Read More »

Despite the fact that the war on drugs has cost the U.S. a substantial amount of resources and has yet to be proven successful, it continues to wage on. If you are arrested for any type of drug crime in Florida, seek immediate legal support. Depending on your criminal history, the type of crime… Read More »

How Marijuana Possession Affects Your Future

As a result of the rampant illegal drug trade of marijuana and cocaine in Miami during the 1970s and 1980s, drug laws in Florida became one of the strictest in the United States. The penalties and conviction for marijuana are not things you can afford to have on your record, because they affect future… Read More »