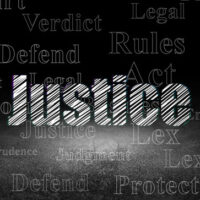 When the four delivery workers found the woman in the middle of the road, she was covered in so much blood that they couldn’t tell the color of her hair.

Whoever had done this to her, authorities said later, had stabbed the 19-year-old repeatedly, then thrown her out of a car near a remote, hilly road north of San Jose, leaving her for dead.

And in the two hours between when she was found and when she died Monday morning, she managed to give investigators evidence that could send those suspected of killing her to prison for the rest of their lives.

They also announced the arrests of Melissa Leonardo, 25, and Daniel Gross, 19. The homicide suspects, both from Modesto, are in custody at the Santa Rita Jail.

Cuesta had crawled nearly 100 yards — the length of a football field — to get to the road, where she had some chance of being seen by people in passing cars. Authorities determined the distance by measuring a trail of drying blood.

When first responders arrived, they decided the best option was to airlift the dying woman to a hospital with an advanced trauma center. But as they tried to save her, investigators asked her questions. The most important one: Who did this?

“I’ve been around a long time, and I can only think of two to three times that I’m aware of in our agency that we’ve been able to get a dying declaration like that,” Kelly said.

In the legal world, a dying declaration is a statement made by someone who believes they will be dead soon. It’s an exception to the legal rule forbidding hearsay in court testimony, and it can hold tremendous sway in a case.

The admissibility of the dying declaration was recognized at common law on the grounds that such declarations are “made in extremity, when the party is at the point of death, and when every hope of this world is gone; when every motive to falsehood is silenced, and the mind is induced by the most powerful considerations to speak the truth; a situation so solemn and so awful is considered by the law as creating an obligation equal to that which is imposed by a positive oath administered in a court of justice.” King v. Woodcock  (K.B. 1789).

Dying declarations in cases of homicide form an exception to the rule against the admissibility of hearsay evidence. The law regards the declarant, when in the presence of imminent and inevitable death, as being under as solemn an inspiration to tell the truth as though he were pledged thereto by oath. To render such declaration admissible, however, the court must be satisfied that the deceased declarant, at the time of their utterance, knew that his death was imminent and inevitable, and that he entertained no hope whatever of recovery. This absence of all hope of recovery, and appreciation by the declarant of his speedy and inevitable death, are a preliminary foundation that must always be laid to make such declarations admissible. Lester v. State, (Fla. 1896).

In this terrible case, the dying declaration led to the killers’ arrests just a few hours after the woman was declared dead.

About 10 a.m. Monday, the two suspects were arrested at a home in Modesto, California about an hour from where the woman had been found.

Nicholas G. Matassini is board certified in criminal trial law by the Florida Bar and is A.V. rated by Martindale-Hubbell. A distinguished life member of National Association of Criminal Defense Lawyers and Florida Association of Criminal Defense Lawyers, Nicholas has represented clients in jury trials on charges ranging from first degree premeditated murder, fraud, trafficking in drugs, capital sexual battery, and numerous other serious felonies in his more than a dozen years defending the accused in State and Federal courts. Since 1976, The Matassini Law Firm, P.A. has been committed to excellence in criminal defense.

By The Matassini Law Firm | Posted on February 14, 2018
« TASK FORCE DETECTIVES CONVICTED OF ROBBERY & RACKETEERING
THE PILL PUSHERS BEHIND THE OPIOID EPIDEMIC »