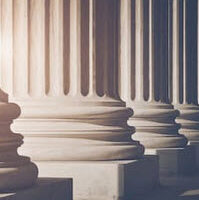 The Supreme Court unanimously held on Wednesday that the 8th Amendment’s prohibition on excessive fines applies to state and local governments, in addition to the federal government. This is big news for State and Federal forfeiture claims.

The opinion was written and delivered from the bench by Justice Ruth Bader Ginsburg, her first opinion issued since her cancer surgery in December. Ginsburg was present for oral arguments in the case, which took place in late November.

The court ruled in favor of Tyson Timbs of Marion, Ind., who had his $42,000 Land Rover seized after he was arrested for selling a couple hundred dollars’ worth of heroin.

He drew wide support from civil liberties organizations who want to limit civil forfeitures, which they say empower localities and law enforcement to seize property of someone suspected of a crime as a revenue stream.

“Like the Eighth Amendment’s proscriptions of ‘cruel and unusual punishment’ and ‘[e]xcessive bail,’ the protection against excessive fines guards against abuses of government’s punitive or criminal law-enforcement authority,” Ginsburg wrote in her opinion.

The ruling is a victory for an Indiana man who had pleaded guilty in state court for drug dealing and conspiracy to commit theft. His Land Rover was seized because it was used as part of the crime. He argued that the seizure of the car, worth $42,000, was excessive.

“The biggest implications of today’s ruling are likely to be felt in civil forfeiture cases, in which state and local governments will now have to confront an important additional limit on the value of property that they can seize that is not directly part of a criminal sentence,” said CNN Supreme Court analyst and University of Texas School of Law professor Steve Vladeck.

“Given that the same limits already apply to the federal government, and the widespread concerns over the proliferation of civil forfeiture in certain states, it’s not especially surprising that the justices ruled this way — or that they were unanimous in doing so,” Vladeck added.

State and local governments increasingly use funds collected in criminal and civil cases to pay for municipal services. The 100 cities with the highest proportion of revenue from fines and fees in 2012 financed 7 percent to 30 percent of their budgets that way, according to the American Civil Liberties Union.

The practice often leads low-income defendants further into poverty, crime, prison and recidivism, the liberal Southern Poverty Law Center and libertarian Cato Institute argued in court papers. The American Bar Association noted that nearly two-thirds of prisoners have little prospect of paying the fines and fees after their release.

Timbs’ conviction resulted in a year’s home detention, five years’ probation and about $1,200 in fees. But it was the seizure of his SUV that led to the lawsuit. The 2012 Land Rover LR2 was even a named plaintiff in the case.

Wesley Hottot, senior attorney with the Institute for Justice who argued Timbs’ case, said the ruling “should go a long way to curtailing what is often called ‘policing for profit.’ ”

“Police and prosecutors employ forfeiture to take someone’s property, then sell it and keep the profits to fund their departments,” Hottot said. “This gives them a direct financial incentive to abuse this power and impose excessive fines.”

Nicholas G. Matassini, an AV Rated and board certified criminal trial lawyer, has litigated numerous Federal & State forfeiture claims. Nicholas is a lifetime member of National Association of Criminal Defense Lawyers and Florida Association of Criminal Defense Lawyers. He is a published author on criminal trial law and has appeared on NBC, FOX, ABC and other news outlets on several high profile cases. Since 1976, The Matassini Law Firm, P.A. has been committed to excellence in State and Federal criminal defense throughout the Tampa Bay area.