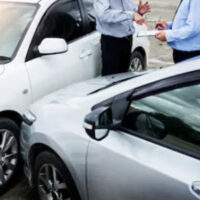 A woman is in custody after she allegedly drove the wrong way and collided with another vehicle, killing one person and seriously injuring two other people, including a 10-year-old child.

27-year-old Britney passed two marked patrol cars as she was travelling the wrong way on Highway 19. Before officers could pull her over, she smacked head-on into another vehicle. The force of the impact killed a front seat passenger in that car, injured the driver, and also injured a 10-year-old child in the back seat. Britney and a child passenger were transported to a nearby hospital, where a blood test indicated that her BAC was over twice the legal limit.

Alcohol is a depressant that slows reaction time and adversely affects motor skills. Additionally, alcohol gives many people a sense of euphoria. So, they often take unnecessary chances behind the wheel. As a result, alcohol is a factor in about a third of the fatal wrecks in Florida. Because of these dangers, a Tampa personal injury attorney usually has multiple legal options in these cases.

If the tortfeasor (negligent driver) was charged with DUI, the negligence per se doctrine usually applies. Tortfeasors are normally responsible for damages as a matter of law if:

There is no need to prove fault, negligence, or any other such thing in a negligence per se case. Victim/plaintiffs need only establish cause.

Frequently, Hillsborough County jurors award significant damages in these claims. Many jurors believe that people who ignore safety laws intentionally disregard the safety of other people.

Most people are legally intoxicated after they consume three of four drinks. But the aforementioned impairing effects usually begin with the first drink. So, many individuals are impaired but not intoxicated. To prove impairment, victim/plaintiffs normally use circumstantial evidence, such as:

If there is such evidence in the case, it also raises the possibility of third party liability. Vicarious liability is especially important in wrongful death and other catastrophic injury cases. Florida has one of the lowest auto insurance minimum requirements in the country. So, many tortfeasors do not have enough insurance coverage to provide fair compensation in these situations.

Bars, clubs, restaurants, and other commercial alcohol providers are financially responsible for damages in Florida if they serve:

Noncommercial providers, such as party hosts, might also be vicariously liable for damages, under a theory like negligent undertaking.

Drunk drivers often cause serious injuries, and these cases are usually complex. For a free consultation with an experienced Tampa car accident lawyer, contact The Matassini Law Firm. We do not charge upfront legal fees in negligence cases.