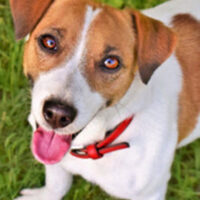 Mostly due to increasing medical bills and the complexity of the injuries, the average animal attack court settlement has more than doubled since 2003. Legally, the dog owner’s homeowners’ insurance company is usually financially responsible for these damages. Frequently, the policy limit is at least $100,000, so substantial compensation might be available.

Many people believe dog bites only cause direct physical injuries. These wounds are certainly severe, but they are only part of the picture.

When large dogs attack vulnerable victims, like small children, the knockdown usually causes a head injury along with broken bones. Then, when dogs bite, their teeth frequently cause deep puncture wounds and severe tearing lacerations. Their claws often cause similar injuries.

Finally, dog bites often cause bacterial infections. These infections may not affect some victims, but they are frequently life-threatening if the victim had a pre-existing condition.

As mentioned, there are several ways for victims to obtain compensation for their injuries. All these avenues have some significant pros and cons.

Florida has a limited strict liability law. Owners are responsible for all bite-related damages as a matter of law. Victims need not prove negligence, malice, or even carelessness. They must only establish cause.

The downside is that the law does not apply to the knockdown or to scratches. It only applies to bite injuries. Additionally, many jurors do not award maximum compensation for what they believe was a one-off accident.

On the other hand, jurors usually award maximum compensation in scienter (knowledge) claims. Owners are liable for all injuries if they knew the animal was dangerous when it attacked the victim. Evidence of knowledge usually includes pre-bite behavior, such as:

Depending on the legal theory involved, assumption of the risk and contributory negligence (provocation) are the two most common defenses in animal attack claims.

Assumption of the risk usually involves a “Beware of Dog” or other warning sign. Contrary to popular myth, such signs do not automatically immunize dog owners. Insurance company lawyers must prove the victim saw the sign, could read the sign, and could understand what the sign meant.

Sudden movements are not provocative, and neither is aggressive teasing. Instead, provocation is usually an intentional, physical act. As such, it is only available in limited situations.

Animal attack victims might be entitled to substantial compensation. For a free consultation with an experienced personal injury attorney in Tampa, contact The Matassini Law Firm. You have a limited amount of time to act.

By The Matassini Law Firm | Posted on May 19, 2020
« What to Expect After a Felony Conviction at Trial?
Fatal Alcohol-Related Crash in Largo »