What You Need To Know About Truck Accidents In Florida 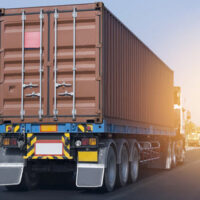 The number of fatal tour bus and large truck crashes has increased 29 percent since 2009. Much of this increase may be due to fatigued driving.

Many Tampa shipping companies pay their drivers by the load and not by the mile. So, these individuals must stay on the road as long as possible to make money. Meanwhile, tour bus drivers are often behind the wheel early at morning and late at night. Many people are naturally sleepy at these times, no matter how much rest they got the night before.

Because of the catastrophic nature of many truck crash injuries, like wrongful death and serious burns, most victims are entitled to significant compensation. Being entitled to money is one thing; actually obtaining it in court is quite another.

Over the last several years, two key technological innovations have made it easier to obtain evidence in these cases. But without prompt legal action, this evidence could almost literally disappear overnight.

Nearly all large trucks are equipped with an Event Data Recorder. This device is an on-board computer that’s connected to the vehicle’s engine and other key components. The EDR records items like:

Passenger cars have similar gadgets. But the EDRs in large trucks are usually much more sophisticated and complex than the ones in other vehicles. An attorney needs vast resources to access this data.

The same issue applies with regard to the Electronic Logging Device. The trucking industry bitterly contested the ELD mandate. These industry insiders know how electronic evidence of fatigue can affect a Florida negligence case. The ELD is connected to the ignition. So, there is almost indisputable proof of when the driver was at work and when the driver was at rest.

Evidence like the EDR and ELD helps establish fault. But fault for the accident is not the same thing as liability for damages. Typically, the employer is legally responsible for damages, because of the respondeat superior rule. This doctrine applies if the tortfeasor (negligent driver) was:

Third party liability theories like respondeat superior give the victim/plaintiff an additional source of recovery. That’s especially important with regard to large vehicle collisions. Because of the catastrophic injuries mentioned above, the driver may not have enough insurance coverage to provide fair compensation.

Large truck crashes often cause catastrophic injuries. For a free consultation with an experienced personal injury attorney in Tampa, contact The Matassini Law Firm, P.A. We do not charge upfront legal fees in negligence cases.