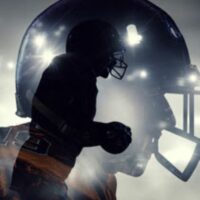 Tua Tagovailoa has, for the first time in his career, a supporting ensemble worthy of the playoffs and a head coach who believes he can steer this team to the promised land. However, Tua’s first two years in the league were met with indifference and recrimination as question marks surrounding his arm strength became a hot topic of conversation. Through the first two games of the season, Tua looked like a superstar, leading the league in yards and touchdowns. Today, we’re asking whether or not Tua should retire from the sport of football.

Right now, the Miami Dolphins and the NFL are saying that all protocols were followed after Tua’s first apparent head injury against the Buffalo Bills. Tua exited the game, but was back in the second half to lead the Dolphins to an unexpected upset of the SuperBowl favorites.

The first apparent concussion was scary. Tua was helped up by teammates and then appeared to lose his footing and collapse. He was caught by a fellow teammate before he hit the ground. According to the NFL, Tua suffered a neck injury that accounted for the loss of footing. However, to many watching the game, it looked like Tua had suffered a concussion.

In the next game Tua played against the Bengals four days later, he suffered an injury that everyone agrees is a concussion. Now, there is speculation that Tua will retire. What’s true is this: If Tua suffered two concussions within a one-week window, he is at extreme risk of suffering permanent injury. Below, we’ll discuss why.

When you get a concussion, your brain swells. However, it doesn’t swell too much because it’s inside your skull. If your brain kept swelling, it would pressure on the inside of your skull and it would hurt and cause brain damage. Luckily, your brain knows when to stop swelling because there is an internal mechanism that prevents this.

In cases where an individual suffers a second impact after a first concussion, the internal mechanism that prevents the brain from swelling too much will turn off. This means that your brain can continue to swell creating massive internal pressure on your skull and causing irreversible brain damage. This is the fear surrounding Tua.

There is a second possibility as well. Tua could have suffered a subdural hematoma or a brain bleed. For boxers, one diagnosis of a brain bleed is enough to prevent the boxer from ever getting into the ring again. This is what happened to retired boxer Baby Joe Mesi. At 36-0, he suffered a subdural hematoma in a fight against Vassiliy Jirov. He was never allowed to fight again.

If being returned to the field of play cost Tua the remainder of his career, then a lawsuit is likely incoming. Tua, like Kaepernick, would likely be compensated for a prorated amount that he would have earned had the concussion been treated properly. Thus far, the NFL will not admit that Tua suffered a concussion against Buffalo.

The Matassini Law Firm represents the interests of Tampa residents injured due to the negligence of others. Call our Tampa personal injury lawyers today to schedule a free consultation and we can begin discussing litigation strategy immediately.