The Five Types of Driving Impairment 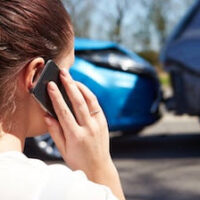 Here in Tampa, driver error causes over 90 percent of car crashes. These crashes usually cause some kind of injury, many of them serious and life-changing. Tragically, some of these victims do not survive.

The vast majority of these cases are not unavoidable “accidents.” Instead, some form of negligence usually causes the collision. That negligence could be a lack of ordinary care or a violation of a specific safety law, like the DUI law.

A Tampa car accident attorney may be able to obtain substantial compensation in these cases, especially if one of the five types of driving impairment caused the wreck.

Since it undermines both motor and judgement skills, alcohol causes about a third of the fatal car crashes in Tampa.

Most people must consume at least two or three drinks to feel a buzz. But “impairment” begins with the first drink. In these cases, victim/plaintiffs may use circumstantial evidence to establish alcohol impairment. Such evidence includes:

In court, victim/plaintiffs must establish alcohol impairment and all other facts by a preponderance of the evidence (more likely than not). That’s the lowest standard of proof under Florida law.

Alcohol and fatigue affect the brain in about the same way. They both impair motor skills and judgement ability. In fact, driving after eighteen hours without sleep is like driving with a .05 BAC level.

Fatigue and alcohol have something else in common. Just like there is no quick cure for intoxication, there is no quick fix for drowsiness. Old tricks, like drinking coffee and rolling down the window, usually do not work, at least not for very long.

In many jurisdictions, there are often “drugged” drivers just like “drunk” drivers. The responsible substance which impairs the driver could be any one of the following:

Establishing drug-related impairment is a lot like establishing alcohol-related impairment. If the person is intoxicated, the tortfeasor may be liable for car crash damages as a matter of law. If the tortfeasor did not take enough drugs to be intoxicated but is nevertheless impaired, the aforementioned circumstantial evidence comes into play. Other circumstantial evidence includes open medicine bottles and the tortfeasor’s statements about drug use.

Hand-held cell phones get much of the attention in this area. They combine all three forms of distracted driving, which are:

Note that hands-free devices, which many people believe are safe, are visually and cognitively distracting. Additionally, such devices give some drivers a false sense of security. So, they may take more risks than they would otherwise.

Thousands of Floridians suffer from chronic medical conditions like diabetes and heart disease. These illnesses may lead to a sudden loss of consciousness. If that happens, the tortfeasor often causes a dangerous out-of-control collision.

Additional punitive damages can be available in these cases depending on the facts. These drivers know they should not drive, but they get behind the wheel anyway and therefore put other people at risk.