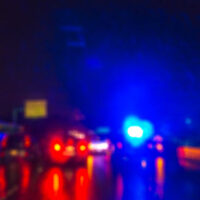 By The Matassini Law Firm | Posted on August 6, 2019
« The Five Types of Driving Impairment
Seven DUI Checkpoint Requirements in Florida »