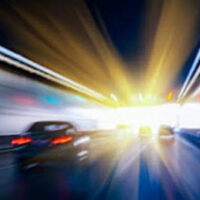 The end of COVID-19 lockdowns might not make people go slower. “Over time, behavior normalizes and people may change their habits,” warned Charles Territo, a spokesperson for Verra Mobility, the red light camera vendor in Tampa.

Excessive velocity is a factor in about a third of the fatal car crashes in Hillsborough County. Speed increases the risk of a collision and the force in a collision.

A motor vehicle does not stop on a dime. First, drivers must see hazards ahead of them. Next, they must move their feet from the accelerator to the brake. Finally, they must safely bring their cars to a stop.

So, it is almost impossible for speeding drivers to react to changing conditions without causing a crash.

Furthermore, speed increases the force in a collision between two objects, according to Newton’s Second Law of Motion.

There is an old story that a penny dropped from the top of the Empire State Building picks up so much speed that it is fatal to a pedestrian on the street. That story is mostly false, largely because pennies flutter to the ground instead of dropping straight down. Nevertheless, the story has a grain of truth as well. This penny might have enough force to seriously injure an unfortunate pedestrian on West 34th Street.

Tortfeasors (negligent drivers) are legally responsible for speed-related crash damages if they were negligent. In Florida, a Tampa personal injury attorney can either use the ordinary negligence doctrine or the negligence per se shortcut.

The posted speed limit is only a presumptively reasonable speed. Drivers have a duty of reasonable care independent of the posted limit. They must drive defensively and avoid wrecks when possible. For example, drivers have a duty to slow down in the rain. But many drivers ignore this responsibility and travel at dangerously high speeds when traction and visibility are both limited.

Most speed-related crashes involve the negligence per se rule. Tortfeasors are presumptively liable for damages if:

Since negligence per se is only a presumption of negligence in Florida, attorneys must introduce additional evidence to obtain maximum compensation. Such evidence usually includes the vehicle’s actual speed from the car’s Event Data Recorder. This gadget is like the black box flight recorder in a commercial jet.

Speed kills. For a free consultation with an experienced Tampa car accident attorney, contact The Matassini Law Firm. We do not charge upfront legal fees in negligence cases.