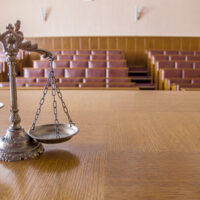 Criminal appeals are not easy to win. Even if there was a clear error before, during, or after the trial, it may not be enough to overturn the conviction. Both U.S. and federal law are quite clear that defendants are entitled to fair trials, but not perfect trials.

That being said, the United States Supreme Court will consider a few cases this term which could affect the outcome of criminal appeals in Hillsborough County. Favorable decisions often have a ripple effect. So, these cases could also affect arrest procedures, plea negotiations, and other aspects of a criminal case.

In this case, the defendant was charged with felony drug trafficking. The offense carried a maximum $10,000 fine, and the defendant paid much less than that. But the state tried to seize the defendant’s $40,000 SUV under the forfeiture law. While admitting that the forfeiture was excessive, state prosecutors argued that the Eighth Amendment’s prohibition against excessive fines only applied to the federal government.

At trial, prosecutors must establish every element of the offense beyond a reasonable doubt. But in most probation revocation matters, prosecutors must only establish the alleged violations by a preponderance of the evidence. That’s a much lower evidentiary standard.

Sometimes, these two instances overlap. In Hammond, the government charged the defendant with possessing pornography in violation of his supervised release. At trial, prosecutors would have had to prove possession beyond a reasonable doubt. But since the charges involved a supervision violation, the burden of proof was only a preponderance of the evidence. Mr. Hammond’s lawyers argued that the higher burden of proof should apply, and they may be right.

2016’s Foster v. Chapman significantly expanded Batson. In Foster, prosecutors made notes next to juror’s names, like “black guy.” During closing arguments, the prosecutor asked jurors to send a message to those people in the projects and punish the defendant harshly. The Justices concluded that this indirect evidence of racial discrimination was sufficient to warrant a new trial.

The evidence of discrimination in Flowers is even more indirect. Prosecutors used five of their six peremptory challenges on black jurors, but there were no other indications of discrimination. If the Justices expand Batson once more, it will not just be easier to overturn jury verdicts. It may also be easier to successfully resolve cases with an eleventh-hour deal. If the prosecutor does not like the jury’s makeup, the prosecutor might negotiate a deal.

Several Supreme Court cases this term could affect your family. For a free consultation with an experienced criminal defense attorney in Tampa, contact The Matassini Law Firm, P.A. After-hours visits are available.