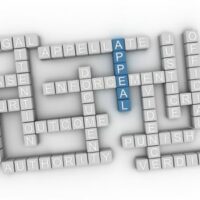 Nicholas G. Matassini of The Matassini Law Firm in Tampa, Florida is board certified in criminal trial law and AV Rated by Martindale-Hubbell. He handles criminal trial and post-conviction litigation throughout Florida in both state and federal courts. Nicholas can be reached for a free confidential consultation at www.matassinilaw.com.

Provided below is a brief summary of the appellate process in Florida.

I. Types of Cases Heard on Appeal in Florida

Our local district courts of appeal handle both civil, family law, and criminal law appeals. That means murder charges, divorces, and medical malpractice claims are all heard by the same appellate court. Appellate judges are, therefore, required to be well versed in multiple areas of law (or at least we all hope so).

Currently there are 5 district courts of appeal with legislative plans to add a sixth circuit and more judges soon. Find My District Court – Second District Court of Appeal (2dca.org)

A criminal appeal is brought to review a matter arising from a criminal case (which is a case brought by the State in which a crime has been charged). A direct appeal may be filed by a juvenile after disposition in a delinquency case.

When a person is convicted of a crime in circuit court, that person can file a direct appeal of the conviction and sentence to the District Court of Appeal. If, however, a defendant has entered a guilty or no contest plea to the charges, and been convicted or sentenced based on that plea, the grounds for an appeal are very, very narrow. These grounds are listed in Florida Rule of Appellate Procedure 9.140(b)(2).

Defendants in criminal cases cannot take appeals from pre-trial orders (orders of the trial judge before the jury verdict). The State of Florida, as the prosecution, however, may appeal certain orders suppressing evidence or dismissing charges before trial. These grounds are listed in Florida Rule of Appellate Procedure 9.140(c)(1). After a trial, the State can appeal orders granting a new trial or a judgment of acquittal after a guilty verdict or cross-appeal certain issues if a defendant takes an appeal.

The district court also has jurisdiction to hear extraordinary writs, such as writs of habeas corpus, certiorari, mandamus or prohibition in exceptional circumstances, both before trial and after judgment. These are requests to a court to exercise its discretionary power to decide a special class of issues, such as the legality of custody of a person.

A civil appeal is brought to review a matter arising from a civil case. The most common form of review is by appeal of a final order of a circuit court — the final judgment or order that decides the merits of the case — who wins or loses. The district court can also hear appeals from certain limited orders that the circuit court enters before the final judgment. These orders are listed in Florida Rule of Appellate Procedure 9.130(a). Civil non-final orders other than those specifically listed in Rule 9.130 are not reviewable unless the order qualifies under the strict standards of the appellate court’s discretionary extraordinary writ jurisdiction such as certiorari, mandamus or prohibition, or are appealable orders under Florida Rule of Appellate Procedure 9.170 in probate and guardianship cases. Certain orders of the circuit courts, acting in their review capacity, as well as certain orders certified from the county courts, may also be appealed to the district court. Finally, administrative actions may be appealed as provided by general law.

In most instances, in both criminal and civil appeals, there is no potential for review beyond the decision of the district court of appeal. There is no general right of appeal to the Florida Supreme Court. The Florida Rules of Appellate Procedure, including Rules 9.030(a), 9.120, and 9.150 set forth the limited circumstances where further review may be sought in the Florida Supreme Court.

II. The Basics of the Florida Appellate Process

A. What is an appeal?

The purpose of an appeal is to review decisions of the trial court or lower tribunal to determine if harmful legal error has occurred. Legal error is harmful if it affects the outcome of the case. Appeals are not trials and are not intended to give a litigant a second opportunity to reargue the facts of his or her case. The appellate court does not serve as a second jury. An “appellant” is the person who files the appeal and is challenging the judgment entered by the trial court. An “appellee” is the opposing party who is, in most cases, simply trying to uphold the judgment.

An appeal is a very complicated matter usually handled by trained lawyers who follow the Florida Rules of Appellate Procedure. All parties in an appeal must follow all of the Florida Rules of Appellate Procedure. Even if you are not a lawyer and are acting pro se, you will not be given any advantage and you are expected to follow these rules. Failure to follow the rules may result in the dismissal of the appeal. These rules can be accessed on the Second District website at http://www.2dca.org.

B. How is an appeal started?

Most appeals are started by filing a Notice of Appeal with the Clerk of the lower court or administrative agency within the time limits specified by the Florida Rules of Appellate Procedure (usually 30 days). You must also pay the necessary filing fees which are established by the State of Florida. That notice is then forwarded by the lower court or administrative agency to the District Court of Appeal. If the Notice of Appeal is not filed within the deadline provided by law, the court cannot take the appeal.

In addition, the lower tribunal usually requires additional fees for the preparation of the record. If the person filing the appeal is indigent, these fees can be excused if, and only if, the party files a motion to declare the party indigent for the purposes of appellate costs. This requires a motion and affidavit to be filed in the lower court. The party usually must obtain a hearing before the judge to get the judge to enter an order of indigency.

When a person is declared indigent for costs on appeal, this includes only the costs of filing the appeal which are paid to the clerk and the cost paid to the clerk for preparing the record. It does not include the fee required by the court reporter for transcribing the trial or other proceedings which occurred in the trial court. A party must pay for these, because the state has not provided any fund from which these can be paid, except for criminal defendants. Unfortunately, providing a transcript is the most expensive part of preparing the appeal.

C. Steps in the Process

Described below is some general information about the steps involved in an appeal. The Florida Rules of Appellate Procedure contain much more detailed information.

The Record: The record consists of papers and documents filed in the trial court. If there is a transcript of the trial this is also included in the record. Within ten (10) days of filing your Notice of Appeal, you may direct the Clerk of the Circuit Court, in writing, to include or exclude documents or exhibits filed in the circuit court. These documents will be sent electronically by the Clerk of the Circuit Court to the Clerk of the Fourth District Court of Appeal (Rule 9.200). The proper form for the written directions is shown in Rule 9.900(f), “Directions to Clerk”. If you do not direct the Clerk, Rule 9.200 explains what documents will automatically be included in the Record.

Transcript of Proceedings: Within 10 days of filing the Notice of Appeal, you must make arrangements with the court reporter for the preparation and filing of any transcript(s) needed for the appeal, as explained in Rule 9.200(b). In a direct appeal of a criminal conviction, the trial transcript will be paid for by the County, if the defendant is indigent and obtains an order of insolvency from the trial court judge.

Oral Argument: If you want to come in person to present argument to the court, in addition to your brief, your request for oral argument must be in a separate document and must be filed not later than 10 days after the last brief is due to be served.

Motion for Rehearing: If you have lost on appeal and you believe that the court has overlooked or misapprehended either the facts or the law, then you may file a motion for rehearing or clarification within fifteen (15) days of the date of the order advising that you have lost. These motions are not favored. You may not simply reargue your case. (See Rule 9.330)

Mandate: A mandate will be issued by the Fourth District Court of Appeal after it has taken all necessary actions to complete the appeal. A mandate 7 is a written notice sent to you and to the trial court advising that the appellate process has been completed. (Rule 9.340) At that point, the trial court is once again in control of the case.

Contact The Matassini Law Firm today for board certified representation in criminal law matters. A delay could jeopardize your case. Visit us www.matassinilaw.com for more information on criminal trial, appeal, and post-conviction litigation.