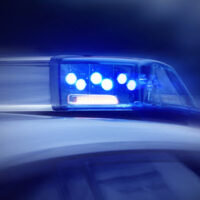 Officials are investigating a car crash which happened as a suspect fled from officers just inside the Largo city limits.

According to police, an officer spotted a stolen car and initiated a traffic stop. However, the suspect simply drove off. Another officer soon joined the pursuit, which began on South Missouri Avenue in Clearwater and ended on the southbound side of the Clearwater-Largo road. At that point, one of the pursuing vehicles collided with a 2015 Chevrolet Cruze, seriously injuring the driver and passenger. The police officer driving the colliding car was also injured.

A police dog that was also in the vehicle was treated and released.

Some Facts about High-Speed Police Chases in Tampa

The high-speed pursuit is a staple of many police dramas on the big and small screens. Though they may not admit it in public, the thrill of the chase is one reason many officers joined the force. On the record, Florida officers use a different approach to defend these incidents. They point out that they cannot pick and choose which laws to enforce and which laws to ignore.

That justification is only partially true. Officers definitely have a duty to protect citizens. However, that duty is just part of a larger responsibility, which is to keep people safe. Arguably, high-speed pursuits in Tampa run contrary to that mission.

As early as 1990, the Justice Department called high-speed pursuits “the most dangerous of all ordinary police activities.” Chases kill and injure a lot more people than shootings, the DOJ added. Nevertheless, chases remain part of the fabric of police work in Tampa.

Perhaps most disturbingly, many studies indicate that the adrenaline rush goes both ways. Many suspects said they would stop running if officers called off their pursuit.

Are Officers Liable for Damages in Tampa Police Chase Crashes?

In response to the growing number of deaths and serious injuries, many departments have taken steps to reduce or eliminate the number of chases. In 2014, nearby St. Petersburg revised its police chase policy. Officers may only pursue violent felony suspects at high speeds. Whether or not theft of a motor vehicle qualifies as a “violent” felony is somewhat debatable.

These policies are often quite vague. For example, the department may instruct officers only to pursue suspects if they feel the public is in danger. Or, the dispatcher may give an order like “pursue with caution.” Such pronouncements are so general that officers could justify almost any chase.

Nonetheless, if the victim/plaintiff in a Tampa police pursuit case can establish that the officer violated department policy, that policy violation may be evidence of negligence. Whether that negligence is sufficient to overcome the officer’s limited legal immunity is another question.

Officers may also be liable if they are extremely reckless in their pursuit. To make this determination, Florida judges usually look to a number of factors, including:

These tools could include a police roadblock or tire spikes.

A police department does not get total immunity in car crash cases. For a free consultation with an experienced personal injury attorney in Tampa, contact The Matassini Law Firm, P.A. We do not charge upfront legal fees in negligence cases. Initial consultations are always free of charge.

By The Matassini Law Firm | Posted on July 19, 2018
« Some Legal Issues in a Tampa Hit-and-Run Case
Pizza Delivery Driver Kills Motorcyclist In Tampa »