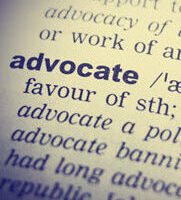 Murder cases can be among the most difficult kind of criminal prosecutions to litigate. The charges can’t be more serious and the penalties, if convicted as charged, always involve life in prison — and in some circumstances, a death sentence. Memories fade and potential alibi witnesses get lost over the passage of time. A vigorous, proactive defense against allegations of murder requires immediate investigation and action to preserve and develop every available defense.

Adnan Syed, known to many as a subject of the popular podcast “Serial,” has been granted a new trial almost 20 years after he was convicted of killing his girlfriend and sentenced to a life in prison.

Syed received the initial sentence in 2000 for the murder of his Woodlawn High School classmate Hae Min Lee, whose body was found in nearby Leakin Park. A Baltimore Circuit Court vacated that conviction in 2016, citing the “ineffective assistance” of Syed’s former trial attorney. On Thursday, the Maryland Court of Appeals upheld the ruling granting him a new trial.

This ruling effectively means that the prosecution has to start all over again and re-do the trial, while at the same time giving Mr. Syed’s new lawyers an opportunity to present new evidence to a second jury —  such as alibi witnesses or newly discovered evidence. The net effect of this new-trial ruling changes the ultimate facts a jury must rely upon to determine if the prosecution has proven its case beyond a reasonable doubt.

In simplest terms, an alibi is merely evidence that demonstrates a defendant in a criminal case was somewhere other than the scene of a crime at the time that the crime occurred. For example, John is charged with killing Steve. John offers evidence that he was in class that day at the time of the murder. That evidence could be in the form of witnesses who were in class with John, an attendance sheet showing him in class, or a recording of the class from that day showing him in the audience, among other things. That evidence demonstrates an alibi.

Fortunately, defendants who offer alibi defenses do not assume a responsibility for proving the validity of the alibi. The burden of proving a defendant guilty beyond a reasonable doubt remains always remains with the prosecution. Of course, a judge or jury can weigh the credibility of alibi evidence just like any other evidence when determining whether the prosecution has met that burden. Simply suggesting an alibi will not automatically erase a mountain of other evidence that conclusively proves the alibi is false.

However, most states require that a defendant in a criminal case disclose an intention to rely on alibi evidence at trial. This normally comes up during the process of exchanging information about the facts of a case called “discovery.” This gives prosecutors an opportunity to investigate the validity of the alibi and either prepare to undermine its credibility or, if proved true, to drop the charges against the defendant.

“Serial” devoted its first season to the crime and the conviction, as host Sarah Koenig and her producers interviewed a number of Syed’s friends and family members, sparking a national debate over whether he was innocent or guilty.

Rabia Chaudry, an attorney who has fought to prove Syed’s innocence for years, was one of the interviewees and celebrated the opinion on Twitter Thursday with the hashtag #FreeAdnan.

Nicholas G. Matassini, an AV Rated and board certified criminal trial lawyer, has litigated numerous violent felony cases through jury trial, including charges of first-degree premeditated murder. Nicholas is a lifetime member of National Association of Criminal Defense Lawyers and Florida Association of Criminal Defense Lawyers. He is a published author on criminal trial law and has appeared on NBC, FOX, ABC and other news outlets on several high profile cases. Since 1976, The Matassini Law Firm, P.A. has been committed to excellence in State and Federal criminal defense throughout the Tampa Bay area.

By The Matassini Law Firm | Posted on March 29, 2018
« Massage Envy Case Has A Tampa Connection
Some Legal Issues In Florida Distracted Driving Cases »