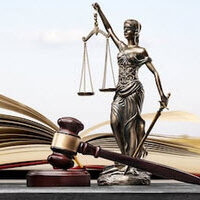 In a stunning move Oakland, California became the second U.S. city to decriminalize psychoactive mushrooms after a plethora of speakers advocated that psychedelics helped them overcome depression, drug addiction and post-traumatic stress disorder. The significant beneficial medical effects of the mysterious compounds in mushrooms and other entheogenic plants are no surprise to members of Mexican and Native American communities.

Denver voters, always at the forefront, in May approved a similar measure for people 21 and older. Many legal experts see the trend to decriminalize Mother Nature bound to expand in other more liberal cities as the benevolent crusade garners attention worldwide.

Use of the plants “saved my life,” said one man who described himself as a former heroin addict. “I don’t how to describe it other than miraculous.”

Some offered mystical descriptions of the hallucinogens as providing spiritual healing.

An entheogen is a class of psychoactive substances that induce any type of spiritual experience aimed at development.The term entheogen is often chosen to contrast recreational use of the same drugs.

The Oakland vote makes the investigation and arrest of adults who grow, possess, use or distribute entheogenic plants one of the lowest priorities for police. No city funds could be used to enforce laws criminalizing the substances, and the Alameda County District Attorney would stop prosecuting people who have been apprehended for use or possession.

Councilmember Noel Gallo, who introduced the resolution, had said decriminalizing such plants would enable Oakland police to focus on serious crime.

Amendments offered by Councilmember Loren Taylor added caveats that the substances “are not for everyone,” recommending that people with PTSD or major depression seek professional help before using them and that people “don’t go solo” but seek expert guidance and have a trusted friend present during the use.

The ordinance also directs the city administrator to come back within a year to provide the council with an assessment of the law’s community impact.

“Entheogenic plants and fungi are tremendous for helping to enable healing, particularly for folks who have experienced trauma in their lives,” Carlos Plazola, chair of the advocacy group Decriminalize Nature Oakland, said before the council meeting. “These plants are being recommended pretty extensively undercover, underground, by doctors and therapists.”

Magic mushrooms would remain illegal under both federal and state laws. Entheogenic substances are considered Schedule 1 drugs under the federal Controlled Substances Act, which categorizes drugs that have potential for abuse and no medical value.

Skeptics had raised all the usual concerns about unsafe use, especially in schools.

To address such concerns, Gallo said earlier, lawmakers would have to establish rules and regulations about the use of such substances, including what exactly can be used, how to use them and what associated risks are.

In Mexico entheogenic plants have long been used in religious and cultural contexts. Gallo remembers his grandmother treating his family members with plants, including entheogenic ones, for a variety of ailments.

Nicholas Gianni Matassini is Board Certified in Criminal Trial Law by the Florida Bar and is AV Rated by Martindale-Hubbell. His criminal practice includes the defense of possession of illegal substances, including psilocybin, and other entheogenic plants and fungi.

By The Matassini Law Firm | Posted on June 5, 2019
« Distracted Driving Causes and Solutions in Tampa
Reckless North Port Crash Kills One and Injures Many »