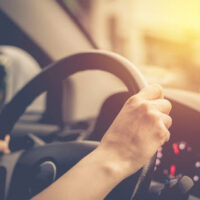 An 18-year-old high school senior is dead after another driver, who was fleeing from the scene of an earlier accident, ignored a red light and slammed into her vehicle.

A Bradenton woman was southbound on 27th Street East when a 23-year-old man hit her car in an intersection. The force of the collision ejected both the driver and her passenger from the vehicle. The driver was declared dead at the scene; the passenger received emergency treatment at a local hospital for serious injuries.

Charges are pending against the other driver, whose name was not released. He was injured in the crash, as were two teenagers who were in the car with him.

Hit and Run Crashes in Florida

In most jurisdictions, about half of all hit-and-run drivers never pay for the crash they caused. Indeed, if the negligent driver in the above story hadn’t caused another crash while fleeing, he probably would have gotten away with the first crash.

Hillsborough County jurors hate hit-and-run drivers. The press vilifies these people and even the descriptive term (“hit-and-run”) is very derogatory. So, hit-and-run victims often receive additional punitive damages. These damages are available if the tortfeasor (negligent driver) acted extremely recklessly or ignored a known risk and put other people in jeopardy.

If tortfeasors initially elude law enforcement officials, Tampa personal injury attorneys can use a number of tools to track them down. These tools include:

Even if these efforts are fruitless, the victim may still have legal options. Most people can file claims against their own insurance companies and obtain at least some compensation for their injuries. Since the insurance company wants to keep its customer happy, these claims often settle quickly and on victim-friendly terms.

If the Other Driver Was At Fault, Do I Automatically Win?

That would be nice, but unfortunately, it’s not true. Traffic violations, like running a red light, often trigger the negligence per se doctrine. This rule applied if the tortfeasor:

In many states, negligence per se means liability as a matter of law. But in Florida, if the tortfeasor broke a non-criminal law, such as making an illegal turn, there is only a presumption of negligence. The victim/plaintiff must introduce additional evidence to obtain compensation.

Besides, look at it this way. The opposite is also true. Even if police blamed you for the accident, you might still be eligible for compensation. If the victim was killed or seriously injured, the report only contains one side of the story. Additionally, even the most experienced emergency responders are not professional accident reconstruction experts. They cannot piece together exactly what happened based on limited evidence.

Hit-and-run drivers often cause extremely serious crashes. For a free consultation with an experienced car accident attorney in Tampa, contact The Matassini Law Firm, P.A. Attorneys can connect victims with doctors, even if they have no insurance or money.