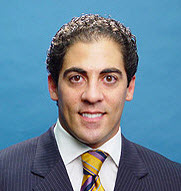 Attorney Nick Matassini of the Matassini Law Firm was requested by the news source to give his professional opinion on this topic. Nick has been asked many times to speak on topics similar to this for the news.

But, Jason Honaker did not have an emergency when he called the line devoted to emergencies only.

“You better put the knife down,” he said over the phone. “I’m telling you that right now!”

The prolific caller tied up emergency lines more than 1,200 times in 2013 with bizarre rants.

“He needs to put that knife down,” Honaker said into the phone.

It took a helicopter, undercover detectives and K-9 units to track Honaker to a Tampa-area printing press where deputies learned he made the prank calls using an unregistered cell phone.

“Misuse of 911 comes in many shapes and sizes,” said Brad Herron.

Herron runs the 911 center at the Hillsborough County Sheriff’s Office.

“To have adults call in that are literally utilizing the 911 system for either a joke or to send a law enforcement agency on a wild goose chase is certainly concerning,” Herron said.

8 On Your Side dug into statistics and learned that dozens of people are arrested each year for Misuse of 911 all over the state.

The crime is a misdemeanor, but someone convicted of it can face a felony and hefty fines, if they keep calling.

“Somebody is doing it to get a rival or otherwise just make a stunt and perhaps put it on social media or something like that. That’s going to be clearly the type of phone call that’s inappropriate and made with criminal intent,” said Nicholas Matassini, a Tampa attorney.

Justine Stickley has heard her fair share of crazy calls.

“It’s frustrating when that there’s other 911 callers probably trying to call in and possibly can’t get through because we’re busy,” said the 911 operator.

Bogus calls can bog down the system.

“One abuse of 911 call can take a 911 operator offline for anywhere between 5 and 10 minutes,” Herron said.

If one call center is busy, calls are re-routed to other counties or cities.

Technology makes every call easy to trace. When someone calls 911 from a landline phone officials know their exact location. But it is different with a cell phone. They can pinpoint the site within three football fields.

Some calls are resolved on the spot

“What?” said a young girl when a 911 operator called her back after she initially called the center for no reason.

The operator got stern with the young caller.

Then the little girl got clever.

“My daughter has not called you and I don’t know why you all keep calling but can you please stop because we’re trying to {inaudible},” she said.

“This isn’t an adult. This is you speaking in a British accent. I need to speak to an adult,” the operator said.

Later, the girl’s mom got on the line and the call was handled.

Whether a random rant or a person asking for the time of day, Stickley always responds with a simple warning.

“I’ll explain to them that this line is for life and death emergencies and please do not utilize 911 for that,” she said.

By The Matassini Law Firm | Posted on May 25, 2018
« DRIVING A RENTAL CAR, CAN THE COPS SEARCH IT?
WIRETAP IN TAMPA BAY RICO DRUG TRAFFICKING PROSECUTION THROWN OUT, SIGNIFICANT APPELLATE VICTORY »