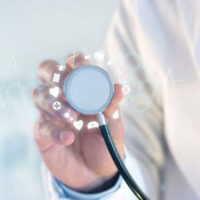 Many doctors lack the information needed to properly diagnose their patients. On average, physicians only listen to their patients for eleven seconds before they interrupt or redirect them. That small window of time is nowhere near large enough to learn about a patient’s symptoms. So, doctors often “go with their guts.” This approach sometimes works, but it also often leads to misdiagnosis.

A delayed or inaccurate diagnosis can lead to substantial economic losses, such as extra medical bills, as well as noneconomic losses, such as pain and suffering. Compensation is available for these losses. Additional punitive damages may be available as well. These damages punish the tortfeasor (negligent doctor) and also deter future wrongdoing.

For many doctors, cancer is a result of a lifestyle or genetic condition. Without either one, doctors hardly ever diagnose this disease. For example, doctors almost never tell nonsmokers that they have lung cancer. Instead, they may diagnose the patient with a different condition, like emphysema. Cancer survival rates are highest when the disease is diagnosed early. Even a small delay could mean the difference between Stage I and Stage II cancer.

This condition is basically an enhanced gluten allergy. This protein is present in wheat, barley, and other grains. Celiac Disease is a relatively rare condition that attacks the intestinal lining. It produces symptoms like diarrhea and nausea. As a result, doctors often diagnose Celiac Disease as something more common, like Irritable Bowel Syndrome.

If cancer is a lifestyle/genetic disease, heart attacks are age-related, at least according to many doctors. But heart disease is the number one cause of death in the world. So, a large number of people struggle with this condition. Nevertheless, if the patient does not fit the profile, doctors sometimes send heart attack victims home. That’s especially true because many patients, especially women, do not suffer signature symptoms, like chest pains.

Lack of oxygen to the brain is another age-related condition, according to many doctors. Doctors diagnose many younger stroke victims with migraine headaches or alcohol intoxication. As a result, these people do not get the treatment they need for their brain injuries. If these injuries aren’t properly treated, they get much worse.

Many surgical patients deal with blood clots. But other events can cause them as well. If the clot migrates to the heart/lung area, the condition could become life-threatening. Without that signature symptoms (recent surgery), many doctors diagnose PEs as pneumonia or a heart attack. So, patients do not get the treatment they need.