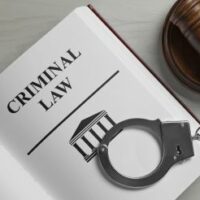 A Florida man has pleaded guilty to e-mailing a death threat to U.S. Representative Ilhan Omar. Among making several anti-Islamic comments, the man referred to Omar as a “radical rat” following a televised press conference. The subject of the email read “Your dead you radical Muslim” and asked her if she was prepared to die for Islam. The man then proceeded to inform the government official of his plans to shoot her in the head.

This is the second time a man from Sarasota County has been accused of threatening the Muslin congresswoman. Omar is part of a progressive crew known as the “squad” which features another notable Democrat Alexandria Ocasio-Cortez. These progressives believe in European-style mixed economies that emphasize social programs, Medicare for all, environmental issues, and infrastructure improvement. Many on the far right have demonized such approaches to governance on the basis that it is too strongly associated with socialism and communism. This has created broadscale panic in some small circles of the internet resulting in unhinged death threats and more.

What will his sentence be?

Now that we have a guilty plea, sentencing is next. It is unclear what the sentence will be for this crime. Transmitting a threat over state lines to a member of Congress is not a clever idea. Another man threatening another member of Congress was sentenced to 15 months after a 2-day trial ended with a guilty verdict. Because this man is taking a plea, and because the plea appears to have dropped the hate crime charge, his sentence is likely to be shorter. He may face an extended period of probation and avoid prison time altogether.

Is free speech a defense to death threats?

No. The First Amendment prevents the government from exerting prior restraint on journalists or influencers who say things with which they do not necessarily agree. It is imperative for the free exchange of ideas, but the First Amendment does not protect you from making threats of a violent nature. Every state has anti-harassment, menacing, or violent threat laws on the books that make it a crime for an individual to issue a threat against another individual. It is important, however, that the threat be made directly against another individual.

Free speech protects your right to engage in public protest, but it does not protect your right to issue threats against another individual. You can make general comments, even defamatory ones, against groups of people. No one will like you, but the government cannot stop that. But once you start targeting individuals, you are outside the scope of the First Amendment which is there merely to protect the free exchange of ideas.

Tactical language, like issuing threats or yelling “fire” in a crowded theater are prosecutable offenses. Some people, with a very basic understanding of the law, do not seem to understand this.

If you have been charged with issuing threats against government officials or any other federal crime, call the Tampa criminal lawyers The Matassini Law Firm today. We can begin preparing your defense immediately.