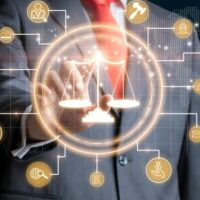 Prosecutors have announced federal charges against a man who shot at federal officers inside the Florida Everglades park. Drew Curtis Sikes is accused of attempting to kill a federal officer in the exchange. He is also facing charges related to the weapon he used to fire on federal officers.

Local officers were responding to a domestic complaint involving Sikes’ wife. Police later reported that they saw scrapes and bruises on the wife’s face. Authorities then searched for Sikes finally finding his abandoned van, That’s when Sikes allegedly opened fire on the police officers.

The officers responded by yelling at Sikes through a megaphone. Sikes yelled back that he wanted the feds to kill him and taunted him to “come and get him”. Eventually, they apprehended Sikes without killing him. He will now face charges of attempted murder on a law enforcement officer.

Sikes Defense to the Charges

Shooting over someone’s head to scare them off is not something that you can normally do – legally.  Officers say that Sikes shot over 50 rounds before eventually giving up and surrendering himself. Police say that no one was seriously injured in the shooting. Prosecutors are hoping to hold Sikes without bail. Sikes was charged earlier this month with domestic violence and aggravated assault with a firearm again involving his wife.

Whether or not the attempted murder charges will stick is another matter. Sikes firing over the officers’ heads is a believable story. If Sikes was trying to provoke the officers into killing him, then a mental health defense isn’t out of the question either. No one appears to have been hit by the 50 rounds that Sikes shot, so that’s a point that will also be made by the defense. Essentially, Sikes is guilty of having a gun, discharging it unlawfully, and placing other people in danger. The prosecution would need to prove that Sikes intended to kill the men he was shooting at. A simple scan of where the bullets struck would be enough to prove or disprove that Sikes was firing weapons at the police officers as opposed to over them.

In any event, the feds have enough to put Sikes into prison but probably less than enough to make an attempted murder charge stick.

If you’re facing federal charges, then you need a Tampa criminal attorney with experience defending clients in federal court. Nicholas G. Matassini is Board Certified in Criminal Trial Law and AV-Rated by Martindale-Hubbell. Call The Matassini Law Firm today to discuss your situation confidentially and we can begin building your defense immediately.