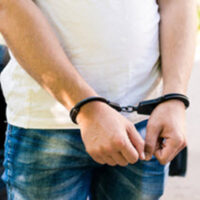 The same cannot be said for a Florida man who attempted to arrange a hit on his ex-girlfriend’s new boyfriend using the U.S. mail. According to federal prosecutors, he used the U.S. mail to solicit a hitman to perform the hit on his ex-girlfriend’s new boyfriend. However, because the federal government stopped the hit while it was in progress, the man will only face a maximum sentence of ten years.

This was straight vengeance. The defendant is accused of arranging the murder for hire with a supposed hitman. The prosecution has evidence of three pieces of correspondence indicating his desire to have the hit performed. The final letter has $10,000 and images of the victim. The defendant then booked a flight out of the country for an obvious alibi. Upon return, authorities learned of the plot and arrested him. Additional evidence was uncovered from his home.

The “hitman” was identified as a gun store owner, but his name has not been released. It is unclear that he was actually involved in the plot in any way. He also could have been the individual who alerted authorities to the plot. At this point, it is unknown how law enforcement uncovered the plan. But chances are good that they were told by either someone close to the defendant or by the man with whom he’d arranged the hit.

In this case, the defendant intended to kill the victim, acted in furtherance of the goal of killing the victim, exchanged money with another individual to kill the victim, and left the country so that he would have a strong alibi if the police ever considered him a suspect. Had the police not intervened on the victim’s behalf, the victim may well be dead. These are all strong elements of an attempted murder prosecution.

However, if the hitman never attempted to carry through on the threat, then the elements of an attempted murder prosecution may not be there.

If you are facing federal charges, then you will need a federal defense attorney skilled at defending clients from federal prosecutors. Call the Tampa criminal lawyers at The Matassini Law Firm today to schedule an appointment and we can discuss your options immediately.