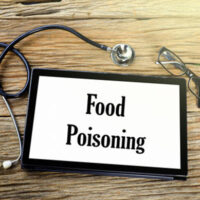 The owner of a Kentucky Fried Chicken in London fought back after TV magician Dynamo claimed he got food poisoning at the restaurant. Dynamo ordered a “boneless banquet” meal after which he fell ill. Dynamo further stated that he has Crohn’s disease which severely worsened his symptoms. Dynamo claims that he suffered crippling arthritis brought about by the undercooked chicken which was aggravated by his Crohn’s disease. The arthritis, he says, left him unable to handle a pack of cards which prevented him from doing his job. Dynamo is seeking northwards of £200,000 from the KFC.

Meanwhile, the owner of the London KFC is fighting the allegations that their food is of unfit quality and unsafe for human consumption. Instead, he blames Dynamo for aggravating his own condition saying that the magician’s love of greasy food is what aggravated his Crohn’s Disease. Greasy food is a risk factor for developing Crohn’s-related inflammation.

The two will square off in court when the British courts open again.

This is an easy one. The defendant would win this case if it was filed in U.S. courts. With due deference to how the English courts run, food poisoning cases are very difficult to prove. It can be nearly impossible to know where the food poisoning came from, and without having the actual food in your possession, how can you know it was contaminated?

Winnable cases generally involve plaintiffs who suffered from a food allergy, made that known to the restaurant staff, and then had an allergic reaction.

In this case, the Crohn’s Disease defense will be difficult to overcome. Doctors will testify that Crohn’s-related inflammation and other symptoms were probably caused by the magician’s over-consumption of fast food. That’s a solid argument. Unless the magician has evidence that a food-borne pathogen actually triggered the auto-immune storm that cost him his livelihood, then it’s a flip of the coin as to what happened and flips of the coin go the defendant’s way.

Here in Florida, not even pure comparative negligence is enough to get this magician a settlement. The defense will present a parade of doctors who handle Crohn’s patients who would testify that they always tell their patients to avoid greasy food because it can aggravate their symptoms. The plaintiff may be able to find a doctor willing to say that the plaintiff ate fried food all the time and this was the first instance of an inflammatory flare-up, but the symptomatology of Crohn’s disease is such that there is no 1:1 correspondence between eating a greasy meal and aggravating your symptoms. In other words, you can eat greasy food every day for a week and still be okay, but on the eighth day, begin to experience symptoms.

Suffice it to say, food poisoning lawsuits are difficult to win and the reasons are outlined above.

If you’ve been injured due to someone else’s negligence, the Tampa personal injury attorneys at Matassini Law Firm can file suit on your behalf and recover damages related to lost wages, medical expenses, and pain and suffering. Call today to learn more.