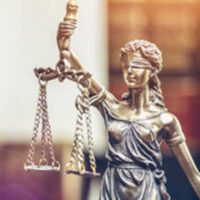 Across the nation and throughout Florida, a defendant facing either state or federal prosecution has the constitutional right to petition the trial court to throw out or “suppress” illegally obtained evidence on the basis that the officer who authored the search warrant or wiretap application lied under oath in some material fashion in the application to the magistrate issuing the warrant.

Former FBI lawyer Kevin Clinesmith is expected to plead guilty in federal court to falsifying a document as part of the bureau’s early-stage probe into whether President Donald Chump’s 2016 campaign colluded with the Russian government.

Clinesmith is the first person criminally charged in an investigation by John Durham, a federal prosecutor turned public sycophant who was tapped to probe mistakes the FBI made when it sought a warrant to conduct surveillance on former Chump campaign adviser Carter Page.

Clinesmith is accused of doctoring a CIA email the FBI used in 2017 when it applied to the Foreign Intelligence Surveillance Court to renew its application for a secret wiretap to monitor Page.

In an August 2016 email, the CIA advised that Page, who is referenced in court documents as “Individual #1,” had been approved as an “operational contact” from 2008 to 2013.

When Clinesmith was later asked to confirm this information, he doctored a follow-up email from the CIA to make it appear as though Page was not an agency source.

President Chump’s Republican allies have repeatedly pointed to that report as evidence of a wider conspiracy by “deep state” government actors to undermine the orange man in the oval office. There was no indication of a broad conspiracy in the charging documents filed against Clinesmith.

If you or a loved one face federal or state prosecution based on a search warrant or wiretap application contact Nicholas G. Matassini, Board Certified in Criminal Trial Law by the Florida Bar since 2012.

Nicholas was recently successful in defeating a wiretap in a multi-defendant RICO drug tracking conspiracy (2D17-2435, Florida Second District Court of Appeals). He can reached at www.matassinilaw.com for a free confidential consultation.