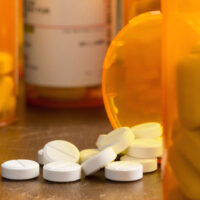 Nearly 64,000 people died of drug overdoses in 2016, and at least two-thirds of those deaths were linked to opioids. Sadly, drug overdose has become the leading cause of death for individuals under the age of 50. The alarming rise in fatalities over the past 15 years has been staggering, more than three times increase. The epidemic shows no real signs of slowing down.

Any real conversation about the causes of America’s opioid epidemic must highlight the manufacturers and distributors that marketed and proliferated these dangerous opioid painkillers. Not surprisingly for much of this long epidemic, these multibillion-dollar opioid companies have avoided significant public and financial accountability.

However, it now seems lady justice may come knocking at their gilded boardroom doors.

On Tuesday, six more states announced lawsuits against Purdue Pharma, the creator of OxyContin. The news from Florida, Nevada, North Carolina, North Dakota, Texas, and Tennessee adds to the hundreds of lawsuits that have already been filed across the US against opioid makers and distributors.

The barrage of lawsuits could lead to a huge outcome: A federal judge in Cleveland has now convened talks between governments around the country and drug companies to try to come up with a settlement that all parties can agree to.

1) Starting in the mid-1990s, opioid manufacturers unleashed a misleading marketing push underplaying the risks of opioid painkillers and exaggerating the drugs’ benefits. This, the lawsuits argue, adds up to false advertising with deadly consequences — by encouraging doctors to overprescribe the pills and getting patients to think the pills were safe and effective.

2) Meanwhile, opioid distributors supplied a ton of these pills, even when they should have known they were going to people who were misusing the drugs. This is backed by data that shows that in some counties and states, there were more prescribed bottles of painkillers than there were people — a sign that something was going very wrong. Federal and some state laws require distributors to keep an eye on the supply chain to ensure their products aren’t falling into the wrong hands. Letting these drugs proliferate, the lawsuits say, violates those laws.

Opioid manufacturers and distributors, of course, ferociously deny these allegations. While some suits have been settled, and some executives have even been criminally convicted for their involvement in the epidemic in the past, opioid companies vigorously reject the argument that they have carelessly fueled the current drug crisis. And so far, what the companies have paid by and large amounts to peanuts compared with the profits they’ve taken in from the drugs.

It bears remembering that of the 64,000 deaths from drug overdoses in 2016 — at least two-thirds were linked to opioids. While these deaths are increasingly linked to illicit opioids like heroin and fentanyl, the rise in opioid misuse, addiction, and overdose originally began with the proliferation of prescription painkillers — which were overprescribed by doctors, allowing the drugs to flow not just to patients but to friends and family of patients, teens rummaging through parents’ medicine cabinets, and the black market.

According to the lawsuits, opioid companies enabled this epidemic. With the talks in Cleveland, the hope is the legal challenges will eventually lead to a big settlement — one that would quash the practices that helped lead to the deadliest drug overdose crisis in US history and help address its consequences by funding more addiction treatment.

The big argument against opioid makers: These companies knew — or should have known — that their products weren’t safe or effective, yet they advertised their products as safe and effective anyway.

The lawsuit cites several examples of misleading marketing: An Endo-sponsored website, PainKnowledge.com, in 2009 claimed that “people who take opioids as prescribed usually do not become addicted.” Janssen approved and distributed a patient education guide in 2009 that attempted to counter the “myth” that opioids are addictive, claiming that “[m]any studies show that opioids are rarely addictive when used properly for the management of chronic pain.” Purdue sponsored a publication from the American Pain Foundation, which was heavily funded by opioid companies, claiming that the risk of addiction is less than 1 percent among children prescribed opioids — suggesting pain is undertreated and opioids are necessary.

The current epidemic is proof of what we already knew: As opioid companies saw their profits increase, so too did drug overdose deaths and addiction treatment admissions.

It’s not just the addiction claims, though. Opioid companies also misled doctors and the public about the effectiveness of their specific drugs.

As an extensive Los Angeles Times investigation found, Purdue’s opioid OxyContin was marketed for its supposed ability to provide 12 hours of pain relief. But as Harriet Ryan, Lisa Girion, and Scott Glover reported, “Even before OxyContin went on the market, clinical trials showed many patients weren’t getting 12 hours of relief. Since the drug’s debut in 1996, the company has been confronted with additional evidence, including complaints from doctors, reports from its own sales reps and independent research.”

This was critical to Purdue’s competitive advantage: If it really didn’t provide 12-hour relief, then it wasn’t more effective than other similar painkillers on the market. In the face of the evidence, though, Purdue stood by its claim for years. And it told doctors that if patients weren’t seeing the promised results, then the problem was that doses were too low.

These efforts, it seems, were in the name of profit. One sales memo uncovered by the Times was literally titled “$$$$$$$$$$$$$ It’s Bonus Time in the Neighborhood!”

This is alarming for public health: As the Centers for Disease Control and Prevention (CDC) warned, higher doses significantly increase the risk of overdose and addiction.

The Los Angeles Times investigation found, “More than half of long-term OxyContin users are on doses that public health officials consider dangerously high, according to an analysis of nationwide prescription data conducted for The Times.”

Contact Tampa Bay personal injury lawyer Nicholas Matassini and his staff at The Matassini Law Firm, P.A. for a free confidential evaluation of your potential claim.