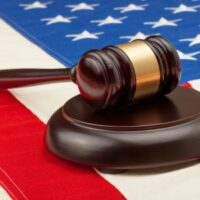 The federal government has chosen to pursue charges against four police officers involved in the fatal shooting of Breonna Taylor. Taylor was a 26-year-old medical worker who was shot and killed by police with her boyfriend in an apparent drug raid. The charges include conspiracy, unlawful use of force, and obstruction of justice.

The officers were executing a no-knock warrant when Taylor’s boyfriend responded and fired a shot. Taylor was unarmed and in her bed when police officers shot her to death. Only one of the officers facing charges was actually there the day of the shooting. Three others are facing charges related to the ensuing cover-up and issues with the warrant executed on Taylor’s apartment. Two of the officers have since lost their jobs on the force while the state is moving to remove the other two.

Why are the feds going after these police officers?

Well, the state government couldn’t do much to charge the officers with anything. Hankison was indicted on charges of wanton endangerment but was acquitted. Now, the feds are going to step in, prepare a stronger case, pursue federal charges, and convene a federal jury. While similar issues will make such a prosecution difficult, the department is barely tolerating the presence of any of the remaining officers. Two of the four involved in the debacle have since been removed while the other two are now facing federal charges related to obstruction of justice, making false statements, and otherwise conspiring to cover-up matters related to the warrant and the execution of the warrant.

Sometimes, when the state government fails to convict high-profile suspects, the federal government will step in and file their own charges. While you may be inclined to think that this violates double jeopardy, it actually does not. Double jeopardy only applies within a jurisdiction. You cannot be charged with the same or a similar crime after being acquitted in the same jurisdiction. Double jeopardy doesn’t apply to federal prosecutions that were pursued after state prosecutions failed.

The Matassini Law Firm represents the interests of those charged with federal crimes in Tampa. Call our Tampa criminal lawyers today to schedule an appointment and we can begin preparing your defense immediately.