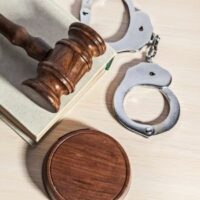 Federal authorities have announced a superseding indictment of a Miami gang that is believed to be responsible for several home invasions, murders, drug trafficking, and weapons crimes. According to the announcement, the “Onsight” crew functioned as a unified group in committing violent crimes, increasing their gang’s reputation, and organizing their finances. Three men were charged under the indictment.

All of your favorite TV shows probably have mentioned RICO laws at some point, and most folks have a general idea of what RICO laws are and how they work. In short, it allows all members of a criminal organization to be charged with crimes that were committed on behalf of the group. So, if you and your group go out and do crimes, the prosecution does not have to prove who actually stole the money. The government need only prove that you all acted together in the furtherance of your common criminal agenda.

Prior to RICO laws, it was difficult to establish who did what specifically. Further, bosses who primarily acted through intermediaries were able to keep their hands clean – for the most part. It wasn’t until RICO laws were established by Congress and state legislatures that those up the chain were finally able to face charges for the crimes they ordered at the behest of the criminal organization.

RICO is broader than you think

The aforementioned defendants are not just facing allegations under RICO, they are also facing allegations under The Hobbs Act which is legislation designed to protect interstate commerce. In cases where unlawful force, coercion, extortion, or other illegal means are used to influence interstate commerce, a defendant can face charges under The Hobbs Act. The Hobbs Act was designed to eliminate corrupt influences in labor disputes. In other words, it was legislation aimed at the mafia which successfully infiltrated major U.S. labor unions like the Teamsters. While the Hobbs Act has traditionally required a defendant to act under the color of authority when making threats of extortion or violence, today, those who hijack UPS trucks or other delivery trucks can also be charged under The Hobbs Act. In reality, it just makes the prosecution’s job easier when the defendant is a public official. The prosecution need not prove that unlawful coercion existed because by the very nature of their position, they have the power to coerce. They only need to prove that the attempt to acquire benefits or property was illegal.

RICO prosecutions cause a lot of collateral damage to those who may only be guilty by association. Call the Tampa criminal lawyers at The Matassini Law Firm today and we can begin discussing potential defenses to RICO or Hobbs Act allegations.