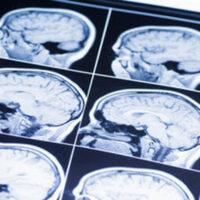 A federal appeals court has dismissed a lawsuit against the WWE which was filed on behalf of several former wrestlers, some of whom had died before the lawsuit was filed. Named plaintiffs included notable wrestlers such as King Kong Bundy and Jimmy “Superfly” Snuka.

The complaint stated that several former professional wrestlers had indications of severe head trauma from chronic traumatic encephalopathy (CTE). It further stated that the WWE and WWF knew about the dangers and failed to warn wrestlers.

The lawsuit was dismissed because the judge ruled that “many” of the claims were either “frivolous” or were past the statute of limitations.

According to the attorney who filed the lawsuits, Snuka and Mr. Fuji, who both died four years earlier, both had signs of CTE after autopsies were conducted. Other plaintiffs complained of dementia or other brain-related injuries.

Did the Judge Dislike the Lawyer?

Since the case was filed in Massachusetts, a wrestler would have 3 years from the moment the statute of limitations began ticking down to file a lawsuit.

In dismissing the plaintiffs’ suit, the judge reprimanded the wrestlers’ attorney and imposed sanctions on him. This decision was overturned on appeal, but the dismissal remained in place. The question then becomes: When should the statute of limitations begin ticking down?

The question is an earnest one. We have learned quite a lot about CTE in the past few years and lawsuits are being filed all over the country for athletes that have recently died. So, the question then is: When would a reasonable person have known that there is a good reason to file a lawsuit against the WWE?

Unfortunately, the answer might be something along the lines of: The same time the NFL and NHL CTE lawsuits were being litigated.

That doesn’t mean that individual lawsuits can’t be filed against the WWE depending on when or if the court tolls the statute of limitations, but this class-action will not be allowed to move forward.

If you’ve sustained a serious brain injury, you want to move quickly if you plan on filing a lawsuit. Call the Tampa personal injury attorneys at The Matassini Law Firm today to schedule a free consultation and learn more about how we can help.