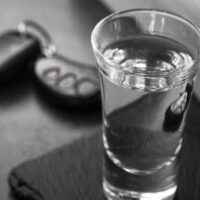 A 28-year-old woman may have been intoxicated when she drove the wrong way and caused a tragic chain-reaction crash.

The car accident occurred on North 66th Street in Pinellas Park. The woman was southbound on the northbound side when she slammed into a northbound Chevrolet Equinox that was waiting at a red light. The force of the impact propelled the Equinox into a deputy sheriff’s Tahoe SUV, which was in line behind the Equinox. Both these drivers were seriously injured in the crash and transported to a nearby hospital.

The woman received emergency treatment, but doctors could not save her.

Car crashes kill tens of thousands of Americans every year, and not all these people are car crash victims. Sometimes, the tortfeasor (negligent driver) does not survive the wreck. If that happens, car crash victims still have legal options.

Typically, in deceased tortfeasor cases, attorneys file claims in probate court. These claims are usually quite time consuming, as the amount of compensation the victim/plaintiff demands must reflect the actual damages in the case. A claim like “general damages in excess of $100,000,” which is perfectly acceptable in civil court, may not fly in probate court.

These proceedings may be more complex than civil claims as well. Usually, probate cases involve a number of different heirs and a number of different claims. All these issues often take quite a while to sort out. If the tortfeasor did not have a will, which is often the case, the process may take even longer.

Alcohol causes about a third of the fatal crashes in Hillsborough County. That proportion is basically unchanged from the death rate in the 1980s, which was before the DUI crackdown began.

This crackdown has substantially changed Florida’s DUI law. It is now easier to prove alcohol impairment in criminal court. So, it is also easier to use the negligence per se doctrine in civil damage claims. According to this rule, tortfeasors are liable for damages as a matter of law if:

In the above case, alcohol substantially caused the crash. The tortfeasor was probably driving the wrong way because she was impaired, and that amount of evidence is all that’s necessary.

Even if the tortfeasor was not charged with DUI, it’s still possible to establish alcohol impairment. Circumstantial evidence on this point is admissible in civil court. Such evidence includes:

The victim/plaintiff must establish negligence, or a lack of care, by a preponderance of the evidence (more likely than not).

The tortfeasor may not be the only party that’s responsible for these damages. Florida has a dram shop law which holds grocery stores, bars, and other commercial alcohol providers liable for damages if they illegally sell alcohol to a person who causes a car crash. In Florida, alcohol sales are illegal if the purchaser was under 21 or was habitually addicted to alcohol.

Vicarious liability rules like this one are especially important in catastrophic injury cases. Many times, individual tortfeasors lack the insurance coverage to provide victims with fair compensation. In these situations.

Alcohol-impaired drivers often cause serious injuries in car wrecks. For a free consultation with an experienced Tampa car accident attorney, contact The Matassini Law Firm, P.A. We do not charge upfront legal fees in negligence cases.