Family Sues After Boy Is Thrown From Balcony At The Mall 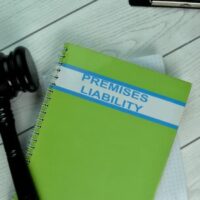 A Minnesota family has filed a negligent security lawsuit against an area mall after their son was thrown from a balcony. The boy was only five years old at the time. The family says the boy sustained severe head trauma that resulted in the deterioration of his intellectual abilities.

The family maintains that the boy’s attacker had displayed suspicious activity the day before and had been banned from the mall twice before after alleged attacks against patrons. The family says that the mall has no infrastructure in place to prevent banned individuals from entering the premises and so the mall should be held liable for the boy’s injuries.

Negligent security lawsuits, like all premises liability lawsuits, are filed under various theories of negligence. In other words, the plaintiff must be able to show that the defendant did something wrong or failed to do something they should have to prevent the incident from occurring. In this case, an obviously dangerous individual with obvious psychiatric problems was banned from the mall, but when he attempted to come back, he was not immediately removed from the premises. The family contends that is where the mall’s negligence was.

Days before the attack, the attacker was spotted hanging out over the same balcony over which the child was thrown. A security officer from the mall spotted the attacker and approached him but did not remove him from the premises. At the time, the attacker had been in the mall for at least two hours that day. The security guard never checked his name against the list of banned patrons.

The next day, security recovered the attacker’s jacket on the railing. Despite having identification related to a banned patron, security never connected the jacket to the attacker.

Mall security again allowed the banned patron to loiter on the third-floor balcony peering over the edge and behaving suspiciously. The boy’s mother had brought him to the mall after a parent-teacher conference to reward him for the successful completion of the school year.

Is the mall responsible?

It’s hard to predict that a deranged attacker would throw a child off a balcony, but in this case, the mall has an obligation to protect their patrons from dangerous guests. In this case, although the attacker was on the banned patron list, he was allowed to loiter on the premises. The man had been removed from the premises after other erratic behavior that included yelling profanities at guests and tossing water at them.

It’s going to be hard for the mall to claim that it met its obligations to its guests. Under ordinary circumstances, the random attack of a mentally ill individual would likely not be considered the fault of a proprietor, but in this case, the proprietor had fair warning that the guest was dangerous. Liability should fall on the mall.

The Tampa personal injury attorneys at The Matassini Law Firm can help you recover damages related to an accident that occurred on someone else’s property. Call today to schedule a free consultation and discuss your injuries in more detail.