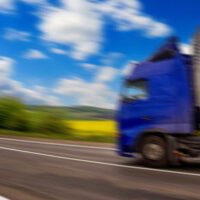 Large semi-trucks carry hundreds of gallons of highly-flammable diesel fuel. And, these massive vehicles are difficult to control, because they weigh over 80,000 pounds. Additionally, due to the ongoing truck driver shortage, many of these commercial operators have little behind-the-wheel experience. This combination often leads to catastrophic injuries, like serious burns and wrongful death.

Typically, the shipping company is legally responsible for the victim/plaintiff’s damages. The respondeat superior doctrine applies to all negligent acts that an employee commits during the scope of employment.

Most large trucks have EDRs. These gadgets are much like the black box flight recorders in commercial jets. EDRs record critical, crash-related data, such as:

An attorney must act quickly to preserve this evidence. Unless a lawyer sends a spoliation letter within a few days, the insurance company may “accidentally” dispose of the truck wreckage. If that happens, the EDR is gone forever.

Most shipping companies pay drivers by the load and not by the mile. So, to maximize revenue, drivers must stay on the road as long as possible. This normally means that they drive on very little rest.

The truck’s Electronic Logging Device is connected to the drivetrain. So, a Tampa personal injury attorney has absolute proof regarding HOS (Hours of Service). Such evidence is often critical in drowsy driving claims.

Circumstantial evidence may be important as well. Most people are naturally drowsy early in the morning and late at night, regardless of how much rest they had the night before. So, if the truck crash occurred at these times, drowsy driving is easier to prove in court.

The tortfeasor’s (negligent driver’s) driving record is generally admissible in negligence cases. But most truck drivers have out-of-state licenses. It is not easy for an out-of-state lawyer to obtain such data.

Much of this data is private and unavailable to the public. But the FMCSA releases this data to an attorney.

As a bonus, SMS data comes from law enforcement. So, it’s usually more accurate than court-produced data. For example, if a truck driver got a speeding ticket in another state and took defensive driving, the infraction may not show up in judicial records. But it will appear on the SMS report.

Evidence is critical in truck crash claims. For a free consultation with an experienced Tampa truck accident attorney, contact The Matassini Law Firm, P.A. We do not charge upfront legal fees in injury cases.