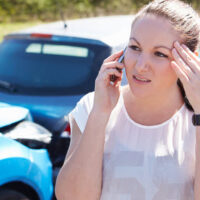 Nine and twelve-year-old sisters are dead after their mini-bike collided with a passenger truck on a neighborhood street.

Charisma and Kiera Vega were riding the mini-bike near the intersection of Wellington Place and Connorville Road when they rode directly into the path of an oncoming truck. The truck driver, whose name was not released, immediately stopped after the wreck. First responders airlifted the two girls to a nearby hospital, where they were subsequently declared dead. The Polk County Sheriff’s Office said that since mini-bikes are meant for offroad use and the truck driver was not speeding, no charges are forthcoming.

Sheriff Grady Judd asked people to pray for both the Vega family and the driver who caused the accident.

Most non-commercial drivers have a duty of reasonable care. They must drive defensively and obey the rules of the road. Furthermore, when environmental or other conditions are bad, they must be even more careful.

Children on roadways, whether they are walking, riding bicycles, or riding mini-bikes, do not have this same duty of care. These people chase balls into busy streets, don’t brush their teeth without being told, and refuse to practice their music lessons. When children do these things, they are not being rebellious or difficult. Their brains cannot make the connection between an activity like chasing a ball and a danger like being hit by a car.

Florida law recognizes this scientific fact, so children have a lower duty of care. It’s unreasonable to expect that they will ride on the right side of the road and observe other rules of the road.

Crashes like the one above also involve product use. Mini-bikes are not designed for street use and not designed to carry passengers. Nevertheless, Florida’s extremely strict product liability rules may apply. Generally, if a product injures a victim, the manufacturer may be liable for damages as a matter of law. Gross product misuse, like using a lawn mower to trim ivy on a brick wall, is a defense. But reasonable product misuse, like recklessly operating a mini-bike, is not.

Even the most diligent driver cannot be ready for every situation that comes up on busy Florida roads. Sometimes, these unexpected situations may affect legal responsibility for damages. A mini-bike in a street is certainly something you do not see every day, but does it qualify as an unexpected situation in this context?

The sudden emergency rule, and it’s legal cousin the last clear chance rule, may both apply in situations like this one.

Last clear chance may apply as well. If the victim has a reasonable chance to avoid a head-on or other crash, yet fails to do do, the victim may be legally responsible.

But as mentioned, children do not have the same duty as adults. It’s unreasonable to expect them to make evasive maneuvers and avoid a crash. So, the last clear chance rule is probably inapplicable as well.

By The Matassini Law Firm | Posted on May 14, 2019
« Common Issues in Alcohol-Related Boating Accidents
UNDERSTANDING THE RULES ALLOWING FOR EXPERT TESTIMONY »