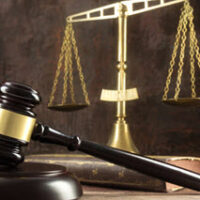 The Matassini Law Firm, P.A., a Tampa personal injury and criminal defense firm, periodically post blogs related to food and consumer product safety news and updates. Nicholas G. Matassini chooses to focus on the devastating, harmful impact on individuals and families in different cities, states, and regions. Please join our law firm in our continued conversation about foodborne illness and product safety with your family, friends, and co-workers.

People had been getting sick from eating I.M. Healthy Original Creamy SoyNut Butter for more than two months when Peter Ebb, a 59-year-old Boston lawyer and health enthusiast, went for a run and then ate his usual gluten-free English muffin smeared with soy nut butter.

Later that morning — March 6, 2017 — Ebb saw a message from Amazon, which had sold him the nut butter, that the manufacturer had recalled it for contamination by E. coli bacteria. Ebb threw away a protein drink he had made with the soy nut butter, but didn’t worry too much. The Food and Drug Administration warning that was linked to the email was worded very cautiously: Though serious illnesses might result, even potentially leading to death, “most healthy adults can recover completely within a week.”

Six days later, Ebb was hospitalized and developed a deadly type of kidney failure. Within days, doctors told his wife to send for their children in case they needed to bid him a last goodbye. He survived, but remains unable to work full time and has trouble climbing the stairs. Now, he’s joining with 18 other victims to file claims against the companies responsible and call attention to the inadequacy of the nation’s recall system.

“If I had heard about the problem even one week earlier and stopped then, I might have been able to avoid the disease completely, and life today would be very different,” Ebb said.

A POLITICO investigation found that the I.M. Healthy SoyNut Butter case — which officials at the FDA and the Centers for Disease Control and Prevention have hailed as an improvement over past failures — was nonetheless emblematic of persistent weaknesses in the nation’s food-safety system, some of which haven’t been corrected for two years after being flagged by the agency’s inspector general.

Two months elapsed between the first person sickened by eating I.M. Healthy SoyNut Butter on Jan. 4 and the recall orders that began on March 3 and expanded three more times until March 10. The FDA, working through a national network of labs that identifies outbreaks, pinpointed the contamination on Feb. 22. The nine-day lag time in persuading the manufacturer to begin recalling the tainted products was a significant improvement over previous lag times — which were as high as 165 days in one infamous case, according to the inspector general. But victims maintain that the FDA should have ordered a recall on its own authority, given that a few days or even hours can make a difference in a deadly outbreak.

“They have the authority to mandate a recall and, in theory, that would go more quickly than a voluntary recall,” said Sandra Eskin, who directs food safety at the Pew Charitable Trust. The FDA has used its authority to order recalls only three times since 2011. Instead, it usually waits to give companies time to decide whether to pull a product from shelves voluntarily.

Allergy Alert: Nueske’s Meat Products, Inc. recalls approximately 12,946 pounds of pork products due to undeclared brown rice flour and glycerin. Please refer to the recall notice for a complete list of affected products, which were shipped directly to consumers nationwide via internet and mail order sales.

Allergy Alert: L&D Market, Inc. recalls approximately three pounds of chicken wrap products due to undeclared milk. Please refer to the recall notice for a list of affected products, which were shipped to retail locations in Cambridge, Massachusetts.

Food Recall: Talking Rain® recalls specific lot codes of bottles of its Sparkling Ice® Cherry Limeade beverage due to consumer complaints of off-taste and off-odor. Please refer to the recall notice for a complete list of affected lot codes.

Contact The Matassini Law Firm, P.A. for a free, confidential consultation regarding your food and product safety concerns.