Five Types of Fraud in Florida 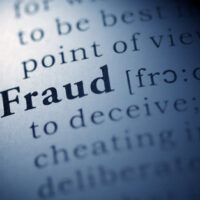 In the Sunshine State, “fraud” is essentially theft by deception as opposed to theft by taking property. Some fraudsters use simple deception in face-to-face transactions. Others pretend to be other people or pretend to have things, such as collateral, that they do not have. Fraud is a growing online crime as well.

Significantly, fraud is misrepresentation of current circumstances and not future circumstances. If Samir, who has just graduated from law school, tells a loan officer that he has a well-established and profitable practice, Samir may have committed fraud. But if Samir says he will have such a practice in the near future, even if he knows that’s not the case, Samir probably did not commit fraud. It is worth noting that fraud and theft, regardless of the amount, is a crime of moral turpitude. These convictions often have lifelong consequences.

In Hillsborough County, fraud and theft cases have a number of moving parts. The prosecutor must establish every element beyond a reasonable doubt. So, lack of evidence is one of the best defenses to any of the fraud crimes outlined below.

“Hot check” cases used to be the most commonly-charged petit theft matters in Florida. But there are not many of these cases anymore, simply because most businesses no longer accept paper checks. Check fraud occurs if a person writes a check knowing that there is not enough money in the account at that moment to cover it. Check forgery is a similar but more serious crime.

Unscrupulous people send emails to random people with logos and other items which resemble those used by PayPal, Amazon, and other online retailers or service providers. These emails usually entice the recipient to click on a link. The hacker then breaks into the recipient’s computer and steals personal information.

One of the oldest frauds in the book takes advantage of Americans’ generous nature. A person either creates a phony charity or claims to be a representative of a legitimate charity. Then, the person simply keeps the money. These fraud schemes often pop up during the winter holiday season, when people feel especially generous and there is someone with a handbell and kettle on almost every corner.

Both these fraud schemes almost always involve upfront payments in exchange for promised services or money at a later time. In pyramid schemes, people only make money if they recruit a large number of people to work under them. The good or service being sold is irrelevant. Work-from-home scams are a lot like that. People pay money for training tools or other “support” which either never materializes or fails to produce the promised results. These schemes, while harmful, are sometimes difficult to prove, because of the current circumstances rule mentioned above.

Fraud prosecutions take many forms. For a free consultation with an experienced Tampa criminal defense attorney, contact The Matassini Law Firm, P.A. We routinely handle matters in Hillsborough County and nearby jurisdictions. Nicholas G. Matassini is Board Certified in Criminal Trial Law and is AV Rated by Martindale-Hubbell.