What You Should Know About Nursing Home Falls 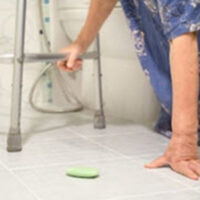 Because of the growing elderly population, the nursing home population is growing rapidly as well. And, during their stays, 60 percent of these long-term care center residents slip and fall at least once. A large number of these victims have pre-existing conditions, such as a previous fall, which makes their injuries even worse.

As a side note, full compensation is usually available in such claims. Negligent owners cannot receive financial windfalls because the victim happened to be physically vulnerable.

Because of the serious nature of these injuries, a Tampa premises liability attorney can normally obtain compensation for things like medical bills and pain and suffering. Perhaps more importantly, legal actions help victims and their families obtain justice and closure.

Nursing home owners are financially responsible for nursing home falls, if the owner had a legal duty. Florida law divides responsibility into three categories, basically depending on the relationship between the owner and victim:

Usually, the extent of a legal duty is a question of law which the judge decides before the trial begins.

Fall hazards are everywhere in nursing homes. Construction areas are a good example. As mentioned, the nursing home population is rising fast. So, many facilities are almost always under construction. Fall hazards include things like spills on the floor, uneven walking areas, and construction barriers.

Owners are liable for fall damages if they knew about the hazard which caused the fall. This evidence could be:

The burden of proof in civil court is only a preponderance of the evidence (more likely than not). So, a little circumstantial or direct evidence goes a long way.

The assumption of the risk defense, and its legal cousin, the open-and-obvious rule, is the most common insurance company defense in fall injury claims. This defense has two elements:

Establishing a known risk is not easy to do in nursing home falls. Many older people have Age-related Macular Degeneration. So, they cannot see hazards as well as other people. What might be open and obvious to one person, like a construction barrier, might be almost invisible to an older victim, especially if the light was low.

Nursing home falls often cause serious injuries. For a free consultation with an experienced personal injury attorney in Tampa, contact The Matassini Law Firm. We do not charge upfront legal fees in injury cases.