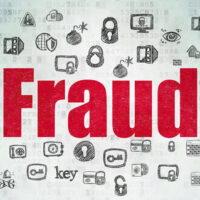 In a nutshell, fraud is any misstatement of a material fact which is designed to produce illegal monetary gain. Largely because of this broad definition, fraud is one of the most commonly-charged financial crimes under Federal or Florida law.

But there is a big difference between a fraud charge and a fraud conviction, and there are a number of defenses. For example, the misstatement must pertain to a material fact. Exaggerations or outright lies about ancillary matters may be immoral, but they are not illegal, at least in this context.

Furthermore, the misstatement must be about a current fact. Once again, statements like outlandish predictions about future investment returns may be immoral, but they are not fraudulent.

What once was one of the most common types of fraud is now much rarer, simply because many large goods and service providers no longer accept checks. But smaller providers often accept checks, and they often get burned. For check fraud charges to hold up in court, prosecutors must establish that the defendant knew there was not enough money in the account to cover the check at the time it was written.

This offense, which is also known as phishing, is one of several internet fraud schemes. Fraudsters send emails which mimic reputable websites and steal personal information, including credit card numbers and account passwords. Since the internet is still relatively new to many people, authorities prosecute these scams very aggressively.

Most of us have probably bought items on eBay and other such sites which were not what the seller claimed them to be. As outlined above, if the seller lied about a current, material fact, the transaction was fraudulent.

This type of fraud has been around a long time. Americans are very generous, and many criminals take advantage of that generosity. They solicit donations and then keep most or all of the money.

This fraud scheme is another one that is difficult to prove in court. Many Multi-Level Marketing programs are perfectly reputable and have significantly improved many people’s lives for many years. But if there is any misstatement of a current material fact, the MLM program is fraudulent.

This offense and identity theft frequently overlap. Credit card fraud could also involve taking the physical card and using it without permission.

Many people who commit insurance fraud do not think they are doing anything wrong. To them., activities like submitting an inflated repair invoice is part of the system. Other policyholders exaggerate their damages to claims adjusters. Because the insurance lobby is so powerful, the laws in this area are very strict.

Reach Out to a Board Certified Criminal Trial Lawyer

Fraud crimes can have substantial penalties, including prison. For a free consultation with an experienced Tampa white collar crime lawyer, contact The Matassini Law Firm, P.A. With offices centrally located in Tampa we can handle all criminal matters in Hillsborough County and nearby jurisdictions, including Federal court. Nicholas G. Matassini is Board Certified in Criminal Trial Law and is AV Rated by Martindale-Hubbell.

By The Matassini Law Firm | Posted on September 25, 2019
« The Three Types of Defective Product Claims in Florida
Nine Vehicle Pile-Up Crash on Interstate 75 »
Skip footer and go back to main navigation