Sixteen Injured And One Dead In Serious Crash 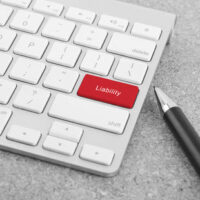 A packed passenger van and a pickup truck were the two primary vehicles in a multi-car collision on Alligator Alley, a famous Florida highway.

Multiple agencies responded to the scene. According to the Florida Highway Patrol, a pickup truck rear-ended a passenger van near Mile Marker 41 on the northbound side. The force of the collision propelled the van onto the southbound side, where it overturned. That van was full of people who had just attended a baseball tournament in nearby Fort Myers. Several of the occupants were ejected from the van and seriously injured as a result. One did not survive.

At first, liability may seem obvious in a rear-end collision case. However, that’s not always true. Otherwise, the common “swoop and squat” insurance scam, in which one driver pulls out in front of another one and suddenly stops, would always work.

The police report, which forms the basis for these preliminary conclusions, is often wrong. First responders are on the scene to keep people safe and not to collect evidence for a lawsuit. So, Tampa reporting officers use the available evidence to prepare their reports. Typically, that means self-serving party declarations that may or may not be supplemented by fragmented witness statements.

In contrast, an attorney uses the best evidence to ascertain the events leading up to a car crash. Some common supplements include:

Electronic and video evidence has another advantage. Unlike witness statements, it is almost impossible to challenge the accuracy of such items. Furthermore, machines are never biased or prone to outside influence.

All this evidence often gives rise to a contributory negligence defense. For example, the tortfeasor might be speeding and the victim might have made an illegal lane change. Florida is a pure comparative fault state. The jury apportions damages solely in relation to fault. So, a victim could be 90 percent responsible for a crash yet still recover a proportional amount of damages.

Contributory negligence also extends to seat belt use in Florida. The Sunshine State is one of the few jurisdictions which recognize the so-called seat belt defense. In Tampa, victims like the ones in the above story, who do not wear their seat belts and are injured, may be partially responsible for their own injuries. The insurance company usually has the burden of proof on this point and it is based on the idea that the injuries would not have been so bad had a seatbelt been worn.

The Amount of Damages in a Florida Car Crash Case

As a rule of thumb, if your vehicle was not drivable after the Tampa accident, you probably suffered serious injuries. The additional compensation includes money for pain and suffering, loss of consortium (companionship), emotional distress, loss of enjoyment in life, and other noneconomic damages.

In some cases, additional punitive damages may be available as well. The victim/plaintiff must present clear and convincing evidence that the tortfeasor recklessly put other people in danger. Alcohol-related car crashes with a very high BAC level are one possible example.

By The Matassini Law Firm | Posted on May 3, 2018
« Deadly Three-Vehicle Collision In Seffner
Some Dog Bite Basics In Florida »