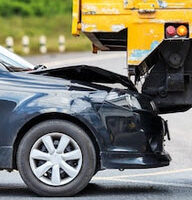 Investigators shut down one of the most heavily-travelled roads in Polk County as they pieced together the details of a multi-vehicle accident.

Police state that a truck driver rolled through a stop sign at the intersection of South Boulevard West and Highway 27. An oncoming semi-truck, which was southbound on Highway 27, swerved to avoid a crash. As a result, the driver lost control of his rig. After rear-ending a Lexus SUV in the left turn lane, the semi-truck careened into a northbound Cadillac. The force of the crash killed the passenger and seriously injured the driver.

Haines City police indicated that charges were pending, but they did not say against whom.

In multi-vehicle crashes, legal responsibility for the wreck is often difficult to determine. That’s partially because of the foreseeability rule, which is outlined below. So, a Tampa personal injury attorney must carefully sort things out. Targeting the wrong party in a legal action could lead to costly delays and perhaps even dismissal of the case.

Liability discussions usually start with the duty of reasonable care. Most noncommercial drivers must obey the rules of the road and drive defensively when they are behind the wheel. They must also be fully qualified to operate the vehicle. So, they must be sober, well-rested, and so on.

These duties apply in ordinary negligence claims. Negligence per se, which is a violation of a statute, works differently. In Florida, tortfeasors (negligent drivers) are presumptively liable for damages if:

The presumption of negligence becomes negligence as a matter of law if the tortfeasor violated a criminal traffic law, like reckless driving or DUI.

Based on this discussion, an attorney could pursue a claim against the truck driver who ran the stop sign or the semi-truck driver who lost control of his rig. There are pros and cons to each approach.

Vicarious liability is one such consideration. These theories are especially important in wrongful death claims. Frequently, individual tortfeasors do not have enough insurance coverage to provide fair compensation in these situations.

Respondeat superior, or “let the master answer,” is one of the most common vicarious liability theories in Florida. If a truck driver, Uber driver, or other commercial operator causes a car crash, the employer might be responsible for damages. This doctrine applies if:

Vehicle collisions often cause serious injuries. For a free consultation with an experienced Tampa car accident lawyer, contact The Matassini Law Firm. We routinely handle matters in Hillsborough County and nearby jurisdictions. Since 1976, The Matassini Law Firm has been helping victims of personal injury and their families throughout Florida.

By The Matassini Law Firm | Posted on January 6, 2020
« Three-Car Collision Seriously Injures Two People
What to Expect in a “White-Collar” Criminal Case »
Skip footer and go back to main navigation