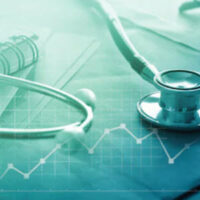 Ten Florida residents are facing federal charges after authorities say they conducted an illegal nationwide telemedicine scheme that ran in Broward County from 2014 to 2016. The individuals are accused of recruiting patients and prescribing unneeded specialty medications that were considerably more expensive than readily available generics.

How the Fraud Worked

Those accused of the fraud are believed to have targeted private insurance companies and Tricare, a health care program that supplies medical insurance to active-duty military and Department of Defense employees. They essentially lied to and defrauded health care providers to get them to pay premium rates for cheap medication.

What are Compounded Medications?

In some cases, pharmacists must fabricate the drugs themselves by using ingredients that are already available to them. This process is quite expensive and unless there is a very good reason for it, most doctors wouldn’t go to the effort to prescribe such medications. In these cases, the alleged fraudsters used their telemedicine scheme to order compounded drugs. The insurance companies then reimbursed the compounding pharmacies for medicines that were not strictly needed.

The DOJ estimates that insurance companies, including (and perhaps especially) Medicaid and Medicare, lose $4.5 billion annually to such schemes which cause the cost of health care to rise for everyone. In announcing the prosecution, the DOJ also released information concerning the high cost of health care fraud.

Fraud is any intentionally misleading statement that is used for the purposes of recruiting others for financial gain. Ponzi Schemes are one of the most notorious examples of this. Schemers pay off old investors with contributions from new investors and then fraudulently claim that the monies are paid from dividends from the fund. What’s illegal here is reporting that the fund is doing well when all that’s happening is that new investors are paying off old investors with no hope of getting their money back.

In this case, the health care fraudsters recruited patients for the sole purpose of funneling business to these compounding pharmacies which charge an arm and a leg for drugs made to order. The patients themselves had no need for such made-to-order medication and likely had no idea that they were being used, as is often the case with health care fraud. Depending on the extent of the scheme, the individual role they played, and how much money was stolen, the defendants will be looking at mandatory minimums and may be facing a considerable amount of time behind bars.

If you’re facing federal charges, you want a Board Certified Criminal Trial Lawyer who has a specific focus on federal defense. Don’t rely on a regular state court criminal lawyer who is inexperienced at practicing law at the federal level. Call the Matassini Law Firm today to learn more.