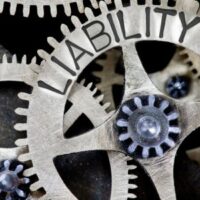 A recent lawsuit filed against a major gun manufacturer alleges that the gun had a hair-trigger which contributed to the death. In this case, the gun is a standard issue for Florida police officers and several police officers have reported injury or accidental discharge related to the sidearm. In this case, the gun was a police-issue weapon that fired without the trigger being pulled. As a result, a 15-year-old boy is dead. A teenager was charged with manslaughter in the incident. The gun was believed to be unloaded but had a single bullet in the chamber. The boy pleaded the charge down to avoid prison time. This is still mostly the fault of the manufacturer. That factored into the decision to allow the boy to plead down his case and perform a pre-trial diversion to avoid prison time.

A gun that accidentally fires is defective. There is no way around that for the manufacturer. The guns have been cited in several accidental discharge incidents that are now the basis for various personal injury lawsuits filed by police officers and the public. The manufacturer determined that the gun could accidentally discharge if it were dropped on the ground. They announced voluntary upgrades that would prevent this from happening again, but owners still claim that the gun can accidentally discharge.

The officer was cleared of wrongdoing for the death but was suspended for one week for failing to secure the gun in his home where his son had access to it.

Other lawsuits against gun manufacturers

Mass shooting and spree shooting victims have filed lawsuits against gun manufacturers. These lawsuits are only allowed under state law and deal only with the marketing of these guns to “troubled youth.” Gun manufacturers have a long history of marketing their guns to “outlaws.” In these cases, it would be a bit like naming your gun, “The Bank Robber,” or the “Criminal Mastermind.”

Such lawsuits are filed under state law against gun companies that provide weapons to mass shooters. Gun companies have settled lawsuits related to these allegations in the past, but it remains quite difficult to hold them accountable for the marketing of their products to at-risk youth. In many of these cases, gun manufacturers are accused of targeting political extremists with weapons sales using targeted ads in social media. They are only held liable for the manner in which they marketed the product. Not for the criminal conduct of their customers.

If you have been injured or lost a loved one to a defective product, call the Tampa personal injury attorneys at The Matassini Law Firm today to schedule a free consultation and learn more about how we can help.