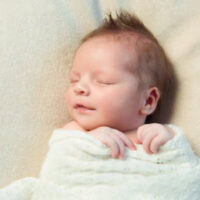 In the early 1900s, scientists discovered that oxytocin, a substance in the mother’s body, controlled uterine contractions during labor and delivery. In 1955, Du Vigneaud successfully converted this hormone into a drug called pitocin. Vigneaud’s work on oxytocin/pitocin earned him a Nobel Prize. Today, over a half-century later, pitocin is still the most widely used labor induction drug in the world.

When used properly, pitocin is a potential lifesaver. When used improperly, it can seriously injure mothers and babies. If complications developed during labor and delivery and doctors administered pitocin, a Tampa birth injury attorney should at least evaluate the situation. If doctors used pitocin improperly, they would probably continue to do so, and continue putting other mothers and babies at risk, until legal action stops them.

Natural oxytocin levels are not always consistent. Mothers produce large quantities of this hormone at times and almost none at other times. Pitocin regulates oxytocin levels, which normally makes for a smoother delivery free from irregular contractions.

On a similar note, since pitocin makes contractions stronger and more even, it significantly reduces the risk of a C-section delivery. This procedure, especially a crash C-section, is quite risky for both mothers and babies.

Here in Tampa, the nearest hospital emergency room is typically no more than a few minutes away. But that’s usually not the case in rural parts of Florida. That’s certainly not the case in many lesser-developed parts of the world, such as areas of Asia, Africa, and Latin America.

Pitocin allows doctors to schedule labor inductions, so there is no need to rush to a hospital which might be many miles away. Ironically, this feature is also one of the dangers of pitocin, as outlined below.

Most deliveries in Hillsborough County are scheduled inductions. Frequently, doctors schedule these inductions several weeks in advance. They rely on pitocin to kick start natural contractions. But the mother’s body is not always ready to give birth the day the fetus turns forty weeks old. In these situations, trying to force labor might lead to a more difficult birth experience instead of an easier one.

Uterine Hyperstimulation (UH) is a significant risk of pitocin. Pitocin-induced contractions are often much stronger, and much closer together, than natural contractions. The uterus might not be able to handle the additional stress. That could result in fetal distress, placental abruption, or other serious conditions.

Making matters worse, doctors often issue standing orders regarding pitocin. If mothers show little progress after an hour or two, doctors instruct nurses to increase the pitocin dosage. That move increases the risk of UH and other complications, like anaphylaxis. Anaphylaxis is a severe allergic reaction which, in many cases, is life-threatening. First-time mothers usually have no idea if they are allergic to pitocin or not.

Depending on how it’s used, pitocin could cause or prevent birth injuries. For a free consultation with an experienced Tampa birth injuries lawyer, contact The Matassini Law Firm. Home and after-hours visits are available.