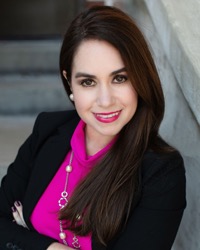 Born and raised in Tampa, Ashley attended The Academy of the Holy Names High School and then graduated from the University of South Florida with a bachelor of Arts in International Studies and Spanish. Ashley then attended Thomas M. Cooley Law School in Lansing, Michigan. During law school, Ashley maintained academic achievement and was on the Dean’s List. After graduating law school, Ashley began her legal career as a prosecutor at the Office of the State Attorney, 13th Judicial Circuit, in Hillsborough County, Florida. As a prosecutor, Ashley tried numerous felony, misdemeanor, and juvenile cases. Ashley specialized in misdemeanor and felony domestic violence cases. Following more than four years as a Prosecutor, Ashley entered the civil sector and defended nursing homes in cases involving bed sores, fractures, and general nursing home abuse allegations.

Ashley is now proud to be a member of the Matassini Law Firm and handles both criminal defense cases and personal injury cases. Her experience as a Prosecutor gives Ashley first hand knowledge of the criminal justice system and how cases are handled from the inception.

Also, as a first-generation Cuban-American, Ashley is fully bilingual and vigorously represents and protects the rights of the Spanish speaking community.

Ashley is married and has a beautiful young daughter.

Skip footer and go back to main navigation