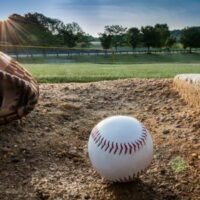 Kenyon Middleton is to blame for an errant throw that struck a 6-year-old child in the head causing an alleged brain injury, according to a lawsuit filed by his parents. Middleton is a pitcher who was initially drafted by the Angels in 2013. The incident occurred in 2018 and Middleton has since played for the Mariners and is now in Triple-A within the Diamondbacks organization. Apparently, he struggled with control issues. However, in 2017, he led all AL rookies with an average fastball speed of 97.2 miles per hour. This year, he’s pitched well for the Diamondbacks but is currently on assignment while rehabbing an injury.

According to the lawsuit, the six-year-old boy was walking through the stands toward the dugout when he was struck in the skull by a really bad throw. An attorney for the family says he suffered a skull fracture and a brain hemorrhage and he now has learning disabilities and behavioral problems. The family is looking for a lot of money. They are accusing the Angels organization of gross negligence and impairing their son for the remainder of his life. If true, the Angels would be required to pay a handsome sum to this family. Their child’s potential for life has been irrevocably changed.

Before you can understand this lawsuit, you must understand that MLB mandated that all parks include a protective netting extending from home plate to each dugout after a series of incidents left fans injured. Beforehand, foul ball injuries sustained at baseball stadiums were impossible to win. It was assumed that all fans took on a presumption of risk and had to pay attention to the action to avoid injury. However, after the netting rule was put into effect, fans were able to file lawsuits on the basis that the netting rule wasn’t enforced. In this case, that’s what happened. Middleton was throwing the ball toward home plate while on the mound when he lost control of the ball and it struck the 6-year-old in the skull. The lack of protective netting was a factor in constructing a totality of circumstances that gave rise to a 6-year-old suffering a permanent injury.

Damages could go through the roof for two reasons. Firstly, you have a child who has suffered a permanent brain injury. While it’s hard to speculate on the child’s potential, it’s likely that brain damage will cause cognitive issues, behavioral issues, and emotional stability issues, and could significantly reduce his quality of life. If he suffers CTE as a result of this incident, then the parents can claim that he’s at an increased risk of self-harm, suicide, depression, anxiety, and even schizophrenia. So, it’s a serious matter for both the boy and the Angels.

Injured by a struggling pitcher? Call the Tampa personal injury lawyers at The Matassini Law Firm today, and we can begin preparing your lawsuit immediately.

By The Matassini Law Firm | Posted on October 18, 2022
« Man Who Transported Mentally Handicapped 14-Year-Old To Face Charges
Laxatives Recalled For Bacterial Risk »
Skip footer and go back to main navigation