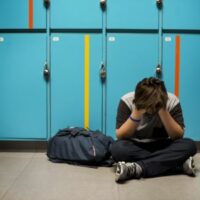 A parent has filed a lawsuit against her son’s school district after he was assaulted at school, according to a recent lawsuit. The mother says that her son was attacked in the locker room. She says he is the target of bullying due to a disability.

According to the lawsuit, the boy was attacked in the locker room resulting in him and a number of other kids getting suspended. Upon returning to the school, the suspended boys targeted the victim as a snitch. Upon returning to school, another fight broke out between the suspended boys and the victim. The assault was captured on video and shared widely over social media. The video shows the boy being struck in the head at least 20 times. Students began sharing memes of the attack and otherwise humiliating the student over social media.

The boy was pulled from the school and his mother has since filed a lawsuit against the district. In this article, we’ll discuss the relevant legal themes.

Every proprietor has a duty of care to ensure that their guests are safe from security problems. In this case, you have a student who was assaulted by classmates and suspended along with them. The students become upset that the victim is ratting on them, so they attack him again upon return. His mother has already warned the district that he may be subject to attack and is frequently the target of bullying. Apparently unsupervised, the attack is recorded on cellphone video and shared widely over social media.

In a negligent security lawsuit, the plaintiff must prove that the defendant had cause to know that security issues would be present. In this case, the mother had warned the district and the district assured the mother that they would do everything in their power to protect the student. Clearly, the district did not even supervise the children during gym class. Hence, why several attackers were able to strike a single victim 20 times and get a recording of it.

How will the district defend itself?

The district will try to upend the narrative that the student was just another victim of bullying. Instead, they will try to lay some of the blame with the victim for provoking or instigating some of these altercations. The victim clearly attempted to defend himself when able, hence why he was suspended. However, the fact that the district continually lost control of the situation with this particular student is not evidence that will help them in this case.

Why not? Because the district knew that the student was likely to be a target for an attack, they had foreknowledge of the security problem. That means they’re liable under any system of torts that permits recovery. The lawsuit may be restricted or dismissed on the grounds of sovereign immunity. However, if this suit was not against the government, it would be a clear winner, and even in this case, it looks like the plaintiffs have a very strong case.

If you’ve been injured due to the negligence, incompetence, or malice of another individual, you are entitled to recover damages related to your injuries. Call the Tampa personal injury lawyers at The Matassini Law Firm today and we can begin discussing your case immediately.