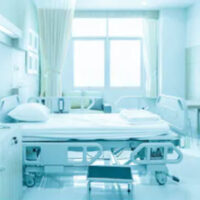 A Tennessee hospital is facing a lawsuit after victims came forward to identify one of their paramedics for sexual assault. The paramedic is charged with sexually abusing female patients during ambulance runs. In at least one case, he is charged with drugging the patient.

In cases like this, an employer would automatically be liable for the conduct of one of their employees, a legal concept known as vicarious liability. However, in this case, the hospital negligently retained the defendant after he was accused of similar conduct in a different state.

Several victims came forward to point the finger at Major. One passenger, identified only as C.H., says that Major sexually assaulted her throughout the ambulance ride. The victim also told police that Major continuously gave her morphine throughout the ambulance ride. At one point, he stuck his finger in her mouth and told her that it was a little extra morphine. Major was later arrested for lewd and lascivious battery on an elderly person. He is facing only one count after another victim died before the case could go to trial, forcing the DA to drop the charges.

Allegations Against the Hospital

If an on-duty employee assaults a member of the public, that employer company is responsible for their actions regardless of other considerations. In other words, you don’t have to prove that the company itself was negligent. However, in this case, the plaintiffs are making a much stronger claim. They say that the hospital failed to perform a background check on Major prior to hiring him. Had they, they would have noticed that similar accusations had been made in Minnesota. Major faced a disciplinary suspension of his professional license for similar conduct. He then fled the state to set up shop somewhere else. This occurs all too frequently.

Since the hospital negligently hired the defendant, and the defendant assaulted patients, the hospital is guilty of negligence (if the allegations all prove true, which seems likely). Major, at the time of his arrest in Tennessee, had an active arrest warrant against him in Michigan relating to sexual assault charges. The State of Michigan had plans to extradite Major at some point but didn’t get a chance as charges were filed against him in Tennessee.

The hospital said that they were unaware that Major had worked in Michigan let alone was facing charges there. Instead, they relied on his most recent job experience somewhere else.

Simply put, the hospital hired an employee with an extensive history of sexual allegations against him. The plaintiffs believe that even a basic background check would have prevented the hospital from hiring him. They failed to conduct that background check thereby allowing a sexual predator to assault several new victims.

If you’ve been injured due to the negligence or misconduct of another person, you are entitled to recover damages from the company they work for if they were on the clock at the time of the malfeasance. Call the Tampa personal injury lawyers at the Matassini Law Firm today to schedule a free consultation and we can begin preparing your case immediately.

By The Matassini Law Firm | Posted on May 5, 2021
« School Sued After Horseplay Injury
Florida Men Convicted In “Grandparent Scam” »