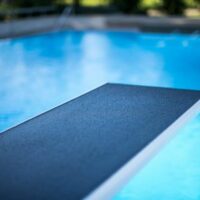 The mother of a newly certified diving instructor has filed a wrongful death lawsuit against the diving school from which he attained his certification after the boy died during the post-certification celebration. According to the lawsuit, there were drugs and alcohol at the party. The lawsuit further alleges that the party continued even after the young man’s body had been pulled from the water.

This lawsuit marks the third death associated with the diving school in the past three months. Two others died in training incidents. The instruction school remains open for business if you are interested. However, the Association of Diving Contractors has suspended its authority to provide certification and the VA pulled its contracts to certify the U.S. military at the school.

Essentially, the young man who lost his life had just gained certification in underwater welding and was celebrating his graduation with other members of the school. According to the plaintiff, drugs and alcohol were present at the party. As her son’s body was being pulled from the water, the party continued with alcohol consumption and barbecues. The family is livid.

The young man went diving with a partner but for some reason, was in distress. The partner surfaced and asked for help. By then, it was too late.

Allegations in the lawsuit contend that drugs such as LSD, mushrooms, and marijuana were supplied at the party but the plaintiff’s tox screen came back negative. It is unclear if his diving partner had consumed drugs prior to the dive. An individual responsible for organizing the party still has a job with the diving company, for all the good that will do him now that they can no longer certify divers. The company has not taken any remedial action. The plaintiffs maintain that several safety protocols required by law were not followed. That would include making certain the equipment was in functioning order before it was provided to the divers. It is not known if the diving equipment contributed to the young man’s death.

The first death involved a student who an instructor noted was “lagging behind” the rest of the group. The student was found unresponsive with his mouthpiece out of his mouth. CPR attempts failed and he remained on life support until his death. The hospital said the student was “possibly intoxicated” at the time of the incident.

Another student died after reporting that his mask was taking on water. He was told to vent the mask but failed to respond.

The Matassini Law Firm files lawsuits on behalf of those who have been injured or lost loved ones to acts of negligence. Call our Tampa personal injury attorneys today to schedule a free consultation and we can begin discussing trial strategy immediately.

By The Matassini Law Firm | Posted on July 13, 2022
« Family Files Lawsuit Against Gun Manufacturer
Nursing Home Sued After Rape And Murder Of Resident »
Skip footer and go back to main navigation