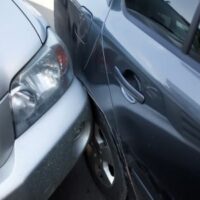 Recently, a claims bill went before the legislature to pay the mother of two boys who were killed in an accident caused by a state trooper. The woman won her lawsuit, and the state admitted the trooper was negligent. However, since the claim was filed against the government, the woman has been waiting for her recovery for a very long time, and now that the dust has settled, is being offered a figure that is much lower than what was initially agreed upon.

Sovereign immunity is a common law concept that means that the government is immune from lawsuits filed against private citizens over injury claims. Every state in the country permits such lawsuits, however, with severe restrictions. In accord with Florida law, the woman would only be allowed to collect $250,000.

So, what happens if the matter is particularly upsetting? At that point, the plaintiff has the option of filing a claims bill. In this case, the matter settled for a reported $17 million. The plaintiff was paid the $200,000 immediately. The rest was submitted to the legislature in the form of a claims bill. After years of haggling in the legislature, the plaintiff will recover a reported $7.2 million. She will also owe attorney’s fees plus outstanding Medicaid and Medicare liens on the judgment. The woman accepted the deal to avoid the matter ending up being debated by the legislature for another 5 years.

The trooper was traveling southbound when he attempted to pull a U-turn across the median. He misjudged the turn and struck the guardrail. He then struck the plaintiff’s vehicle. Once the plaintiff’s vehicle was struck, it was rear-ended by a tractor-trailer which ended up crushing the backend of her car. Two of her three sons were killed in the accident and a third survived with traumatic brain injury, difficulty speaking, and behavioral problems. A doctor for the boy says his injuries will prevent him from sustaining gainful employment.

Settlement figures in these cases are often awarded to those with ongoing injuries that will require 24-hour care. In this case, the child will require a lifetime of medical care that his mother is on the hook for paying. Since the negligence of a government employee caused the injury, it is the government’s responsibility to ensure the boy is cared for. If this incident involved two wrongful death cases it is unclear if it would have been a matter for the legislature or not. But since the surviving child requires expensive medical care, the settlement is into the millions.

The Tampa auto accident attorneys at The Matassini Law Firm help those who have been injured in car accidents recover damages related to their medical expenses, lost wages, and reduced quality of life. Call today to schedule a free consultation and learn more about how we can help.