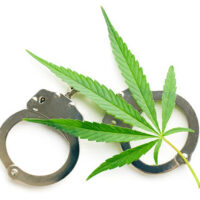 Many people now consider marijuana use to be a personal health issue as opposed to a criminal law issue. Sadly, marijuana possession cases can still be vigorously prosecuted in Florida despite many jurisdictions adopting more relaxed attitudes towards enforcement.

Frequently, marijuana possession prosecutions begin with traffic stops. Police pull over a carful of people, they find marijuana in the car, and they arrest everyone inside. Generally, these types of constructive possession charges do not hold up well in court. The prosecutor’s case is much stronger of the defendant is the sole occupant of the vehicle and the contraband is found in proximity to him or her.

If Hillsborough County prosecutors cannot establish all three elements of marijuana possession beyond a reasonable doubt, a Tampa drug crime attorney can often successfully move to have the charge dismissed.

Physical evidence found by a cop, like marijuana found in a bookbag located in the trunk of the car,, is inadmissible in court unless officers had a valid warrant or a specific exception to the search warrant requirement came into play. Officers almost never have actual search warrants in hand before make an arrest in a possession case. So, the state must prove that officers had a permissible reason to seize the evidence or drugs at issue. Some common search warrant exceptions include:

If the evidence is ruled inadmissible, many subsequent events are also inadmissible under the fruit of the poisonous tree doctrine. So, if David admits marijuana is his after officers search his car illegally, his confession is also inadmissible.

Prove the Substance was Illegal

In most cases, scientific tests conclusively determine that the seized substance was in fact heroin, cocaine, or whatever. Note that these scientific tests are much different from the unscientific field tests that officers usually administer. Such field tests are usually not more than sensory tests (e.g. the stuff looked and smelled like marijuana).

POM (possession of marijuana) cases present some special problems in this area, largely because Florida lawmakers, along with other States nationwide, recently legalized hemp.

From a sensory standpoint, hemp is indistinguishable from marijuana. They both look and smell the same. To conclusively establish the difference, the state must administer an expensive THC content test. Such tests are generally unavailable in Florida.

In the everyday world, people possess things which are within reach. Mike possesses a cup of coffee even if it is not in his hand. But in criminal court, prosecutors must also establish:

So, Mike could literally be sitting on a marijuana stash and not possess it. The state must prove that he knew he was sitting on marijuana and that he could access it (e.g. he had a key to open the lock on the box).

Possession charges do not always hold up in court. Look for a Board Certified Criminal Trial Lawyer to handle your case. For a free consultation with an experienced criminal defense attorney in Tampa, contact The Matassini Law Firm, P.A.