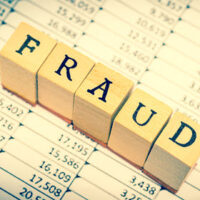 Ten people are facing federal charges after authorities accused them of defrauding the federal government of over $1.2 million in unemployment benefits. Fifty prepaid cards were disbursed as a part of the fraud.

The state maintains that these ten individuals were found in possession of multiple debit cards that had other people’s names on them. The cards had been issued by state unemployment agencies in California, Nevada, and Arizona. In at least one case, the identity of a deceased person was used to obtain unemployment benefits.

At the center of the alleged fraud is a mail carrier who federal authorities believe helped identify straw people for unemployment applications under assumed identities.

Las Vegas police caught onto the alleged fraud when two of the alleged conspirators were stopped in traffic. This apparently led to the discovery of stolen cards.

In one case, police pulled over a Maserati. They say they found illegal narcotics and debit cards with other peoples’ names on them. Whether or not this evidence will be allowed in court depends entirely on the legality of the traffic stop. But if the prosecution can’t get this evidence in, it could prevent them from using evidence at trial discovered during the stop.

Identity theft is the unlawful transmission, theft, or use of personal information to commit fraud. When the predicate crime committed is a felony, as is the case here, the crime is increased to aggravated identity theft and has a mandatory minimum sentence of two years.

Another element of the crime is the fabrication of credit cards using stolen identities. This crime can be punished up to 10, 15, or 20 years depending on other elements of the crime. Access device fraud is considered a level 12 offense, which means a sentencing guideline of between 10 and 16 years for each defendant. This can be increased depending on the amount of money stolen or the manner in which the device was created.

These types of crimes are generally prosecuted at the federal level in Florida. That is especially true when you’re dealing with thefts of the amount allegedly stolen by these perpetrators.

Fraud is a crime in which the prosecution is required to prove mens rea or guilty intent. In other words, you can “accidentally” commit fraud. You have to know what you’re doing and then do something to effectuate the fraud. Similarly, statements made or documents signed must be known by the defendant to be false. Further, the lies or misleading statements must be relied on by a victim to complete the requirements.

Talk to a Federal Crimes Defense Attorney in Florida

If you’re facing federal charges, then you need a Tampa criminal attorney who has successfully argued in federal court. Nicholas G. Matassini is Board Certified in Criminal Trial Law by the Florida Bar and is AV Rated by Martindale-Hubbell. Call the Matassini Law Firm today to learn more about how we can help.